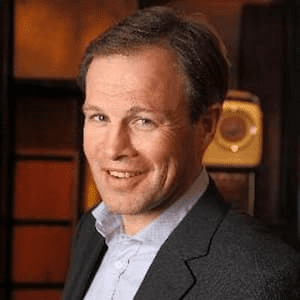 Tom Bradby is a British Novelist, Screenwriter, and Anchor of ITV News at Ten. He also anchors ITV’s general election coverage. Previously, he was a Political Editor. On September 19, 2022, Bradby and Julie Etchingham will host ITV’s coverage of Queen Elizabeth II: The State Funeral.

He is British and Maltese.

Before studying history at the University of Edinburgh, Bradby was privately educated at Westbourne House School and Sherborne School.

Tom is the son of Daniel, a retired naval captain, and Sally.

“It happened very suddenly, but looking back, I’d been slipping for a long time,” Tom reflects. His mother had died and he’d spent a lot of time and emotional energy supporting his father until he died, which sparked the TV newsman to worry about further loss.

“I used to be awake till dawn, then it would happen again, and I very quickly went into a complete panic.” This chronic insomnia lasted two weeks.

“There was a moment when I was curled up in a ball on the floor outside our bedroom and my wife came out to me, saying, ‘Don’t worry, we’ll get through this.’ I was saying, ‘I’m never going to sleep again.’

Tom is married to Claudia Bradby, a jewelry designer and the daughter of vice-admiral Sir Nicholas Hill-Norton.

They met many years ago as teenagers. Claudia, aged 16, was taken to Tom’s 18th birthday party by her older brother Simon.

“They needed more girls,” Claudia told The Telegraph, recalling she was dressed in “a hideous puff-sleeved taffeta dress”.

The couple met again a few years later and became friends before starting to date. Within nine months they were engaged and married in 1994.

They have three children together: Jack, Louisa, and Sam, and live in Hampshire.

Bradby presents ITV News At Ten, analyzing the main stories of the day and regularly conducting exclusive interviews with the most influential figures in the UK. He also anchors ITV’s general election coverage. He has worked for ITN, producer of ITV News, since 1990 when he joined the organization as an editorial trainee. He subsequently became a producer for ITV’s political editor Michael Brunson in 1992.

From 1993 to 1996, Bradby was ITV’s Ireland correspondent, reporting on events including the Northern Ireland peace process, the IRA ceasefire, and Bill Clinton’s visit to Ireland in November 1995. Bradby later became ITV’s Asia correspondent from 1999 to 2001. In October 1999, he was injured while covering the riots in Jakarta against the newly elected President, Abdurrahman Wahid.

Bradby returned to Britain and began a stint as a royal correspondent, covering a number of key stories, including the Golden Jubilee of Queen Elizabeth II, as well as the deaths of Queen Elizabeth the Queen Mother and Princess Margaret. He later became UK editor and then political editor, taking on the role in 2005.

On 16 November 2010, Bradby carried out the first official interview of Prince William and Kate Middleton at St James’s Palace after the couple’s engagement was announced. It was reported that Bradby was chosen specifically to conduct the interview owing to a long-standing acquaintance with Prince William. He subsequently attended their wedding as a guest. In 2021, it was reported that Prince William had cut Bradby off for “siding with Harry” after the Megxit affair.

Bradby has since transitioned from reporter to presenter for a variety of programmes: in February 2012, ITV launched a weekly political discussion programme, The Agenda, hosted by Bradby; in August 2013, Bradby presented an edition of News at Ten for the first time; and in May 2015, he presented ITV’s main coverage of the 2015 general election. In October 2015, Bradby took over as the main newscaster of the flagship News at Ten.

On 17 April 2021, Bradby co-presented ITV’s coverage of the funeral of Prince Philip, Duke of Edinburgh with Julie Etchingham.

Bradby and Julie Etchingham will host ITV’s coverage of the Queen’s funeral, the broadcaster has announced. Their programming will start at 9.30 am on September 19 and will cover the historic funeral service at Westminster Abbey. It will also follow the military procession escorting the late monarch through London to Windsor Castle and the committal service at St George’s Chapel.

Bradby and Etchingham will be joined by guests and royal experts throughout the day, while other reporters will be staged at key landmarks.

The coverage will be previewed on Good Morning Britain and followed by ITV Regional News and an extended Evening News.

A documentary chronicling the lead-up to the funeral titled Queen Elizabeth II: A Nation Remembers, will air at 7.30 pm. There will be a further documentary programme focusing on the day’s events, narrated by ITV News’ James Mates.

Shadow Dancer was adapted by Bradby into a film of the same name starring Clive Owen and Andrea Riseborough in 2012. It premiered at the 2012 Sundance Film Festival. He also wrote the ITV drama The Great Fire, broadcast in 2014.

He has an estimated net worth of £5 million.