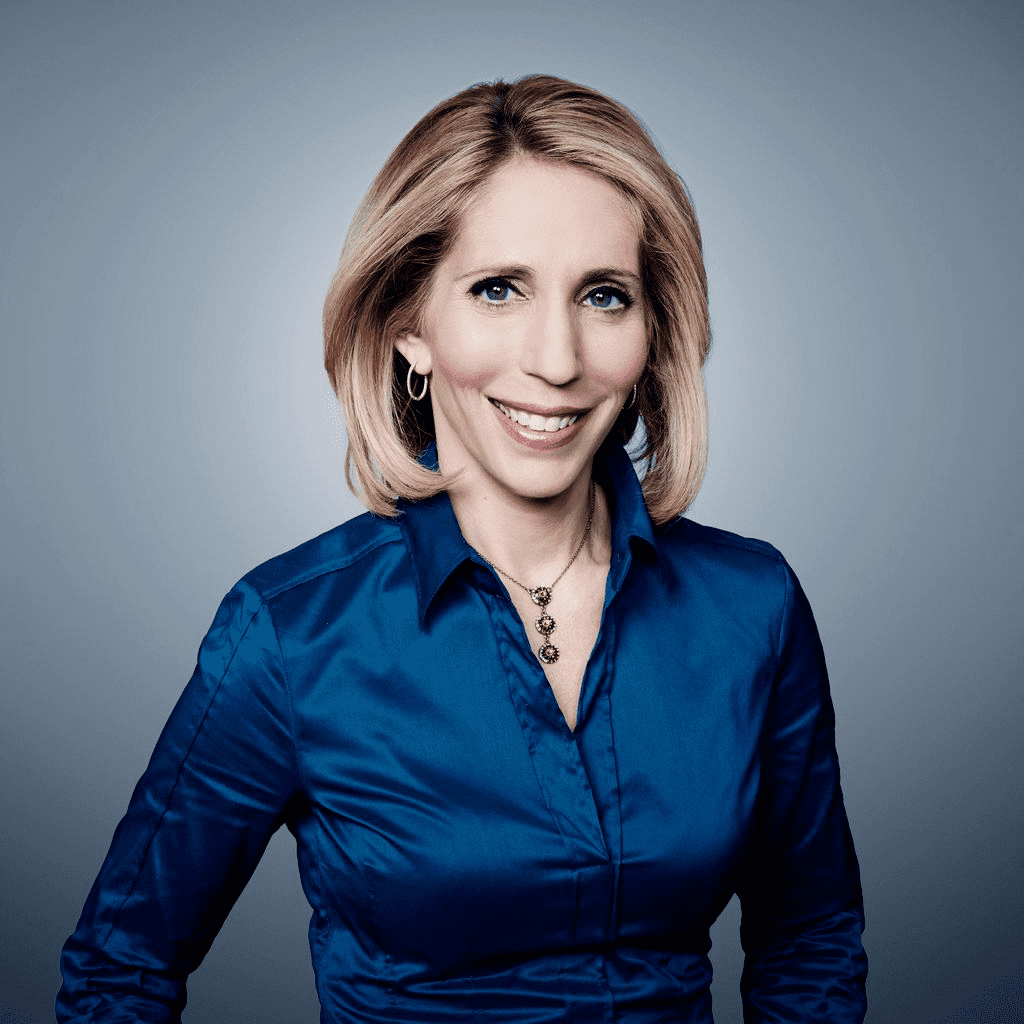 Dana Bash (Dana Ruth Schwartz) is an American media personality serving as the chief political correspondent for CNN and co-anchor of State of the Union. She is based in Washington, D.C.

Bash stands at a height of 5 feet 2 inches tall.

Bash is the daughter of Frances Weinman Schwartz and Stuart Schwartz. Her mother, Frances Weinman Schwartz is an educator in Jewish Studies and author of Jewish Moral Virtues and Passage to Pesach. Her father, Stuart Schwartz was a Senior Producer for ABC News known for his work on World News Tonight, Nightline, Day1, 20/20 and Good Morning America. He retired in 2009 after 41 years at ABC News. After retirement, he took a position as an adjunct lecturer at the Philip Merrill College of Journalism at the University of Maryland.

Bash’s brother is called David Schwartz. He is a producer of video news and video public relations under the name DMS Productions.

Dana is in a relationship with an actor by the name Spencer Garrett.

She’s been married twice and has had two divorces. Her first marriage was to Jeremy Bash, chief of staff of the United States Department of Defense from 2011 to 2013 in 1998. In 2007 they divorced.

In 2008 at a ceremony in Cape Cod she got married for a second time to John King, CNN Correspondent. The couple divorced in 2012.

Dana is a proud mother of Jonah Frank King, born in June 2011. She and her ex-husband, John King came into an amicable agreement on how to co-parent their son.

Bash serves as the CNN’s chief political correspondent based in Washington, D.C. She is also a co-anchor of State of the Union with Jake Tapper and Dana Bash, the network’s Sunday morning newsmaker show.

In 2017, she launched her CNN series, Badass Women of Washington. It features women from a wide range of backgrounds and generations and shows how they have shattered glass ceilings on their way up the ranks.

Previously, Bash was an editor in CNN’s Washington bureau, where she helped plan and coordinate the network’s coverage of Capitol Hill, the State Department and key issues such as Medicare and Social Security. Bash also served as a producer on several of the network’s public affairs shows, including Late Edition with Frank Sesno, Evans & Novak and Inside Politics Weekend with Wolf Blitzer, producing long-form live interviews with heads of state, lawmakers and other newsmakers.

In 2012, Bash was part of the duo to win the Joan S. Barone Award for excellence in congressional reporting on a STOCK Act loophole that could have allowed family members of lawmakers to profit from insider information on trades. She earned the prestigious Everett McKinley Dirksen for Distinguished Reporting of Congress Award from the National Press Foundation an unprecedented three times, most recently for her 2012 reporting on a STOCK Act loophole. Her reporting resulted in Congress passing legislation to close the loophole in August.

She is also the winner of the National Press Foundation’s 2019 Sol Taishoff Award for Excellence in Broadcast Journalism.

She has an estimated net worth of $6 million.