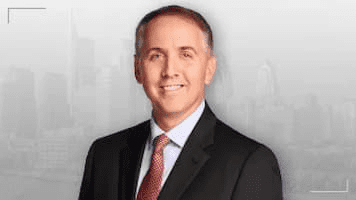 Tim Furlong is a media personality serving as a Delaware Bureau weekday evening reporter for NBC10 since joining the station in 2005. He also serves as an adjunct professor at Widener University. Previously, he was hosting  “Foodies”  at NBC Philadelphia.

He was born and raised in West Chester, Philadelphia, the United States of America however he has not disclosed the date, month, or year he was born.

Furlong is tall in stature but his height is undisclosed.

He attended Salesianum High school from 1988 to 1992 and later joined American University in Washington D.C. where he graduated in 1996 with a bachelor’s degree in broadcast journalism.

There is no information concerning his parents’ and siblings’ identities however, during world war II, his home burned down and he lost everything.

Furlong is happily married to his high school sweetheart Meggan, a Spanish teacher. The couple lives in North Wilmington with their son Liam, 17, a student at Salesianum, Their daughter Bridget, 14, a student at Padua, and their rescue beagle, Maggie.

Tim is the Delaware Bureau Reporter for NBC10. He reports on weekdays during the early evening newscasts.

A native of the Greater Philadelphia area, Tim loves reporting the news to the people of his hometown.

“I love covering our area because I was born and raised here,” said Tim. “I am raising my kids here. I know and love the people and the attitude. I bleed Eagles green along with them, and I too will forever have trouble spelling the word ‘Schuylkill.’

He has covered a variety of stories for NBC10, each unique in its context and how he goes about reporting the story. He enjoys finding interesting ways of bringing stories into the world of viewers. One story that Tim covered required him to strap a GoPro camera to the hood of his car as well as his head. But of all the work that he has done throughout the years, his most memorable moment was when he traveled with the Philadelphia Phillies in 2008 to cover the World Series.

He is a two-time Mid-Atlantic Emmy Award winner and a part of the NBC10 team that won an Edward R. Murrow Award. He also works as an adjunct communications professor at Widener University.

When he is not reporting, he enjoys traveling with his family and playing the guitar.

His net worth is estimated to be ranging from $1 million to $5 million.