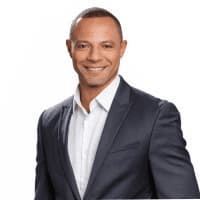 Johnny Archer is a media personality serving as a reporter/anchor for NBC10 in Philadelphia, Pennsylvania. He joined NBC10 in December 2021. Previously, he was a general assignment reporter and weekend anchor at Miami sister station WTVJ NBC 6.

Archer is around 36 years old. He was born in West Chester, Pennsylvania. However, there is no information about his date and year of birth.

Archer attended Downingtown High School and Delaware County Community College. He later went on to Temple University where he graduated in 2009 with a Bachelor’s degree in Broadcasting, Telecommunications, and Mass Media.

Johnny is a native of West Chester, Pa.,

The park at 10th & Lombard in Philly is named after his grandfather, Charles T. Mitchell, Jr. He was one of the first Black supervisors for the City of Philadelphia’s Parks & Recreation Department.

Here’s an excerpt from an article the department wrote about him: “Mitchell was a beloved recreation and civic leader. He was also an important figure in the history of Philadelphia recreation. Mitchell started working at Seger Park in 1928. He became one of the recreation department’s first Black supervisors.

In 1947 he helped desegregate Philadelphia hotels through an agreement with the mayor. In 1952 Mitchell proposed and developed new recreational activities for people with disabilities. He became a tireless advocate for the disabled, serving on the boards of local, state, and national organizations for many years. Mitchell retired in 1971 and passed away in 1976.”

Despite being a media personality Johnny has managed to keep his personal life away from the limelight. Therefore, it is not clear whether he is married, single, or in a relationship.

Johnny is a reporter/anchor for NBC10. He joined NBC10 in December 2021 and is passionate about giving a voice to those who feel they are not being heard. As a reporter, he desires to tell truthful stories that inspire others to be better. Johnny aspires to connect and build relationships with Philadelphia residents.

“I love the people of Philadelphia,” he said. “I might be a little biased because Philly is my hometown, but I think Philadelphians are some of the greatest people in the world.”

Prior to joining NBC10, Johnny served as a general assignment reporter and weekend anchor at Miami sister station WTVJ NBC 6. Prior to that, he worked at KPVI-TV in Pocatello, ID, WHAS 11 News in Louisville, KY, and NBC 5 KXAS in Dallas, TX. He has covered various noteworthy stories, but his most memorable one entails flying with the US Navy Blue Angels in a F/A-18 Hornet.

When he’s not covering the news, Johnny enjoys cycling and adventuring outdoors. He is a member of the National Association of Black Journalists and enjoys volunteering at local community events.