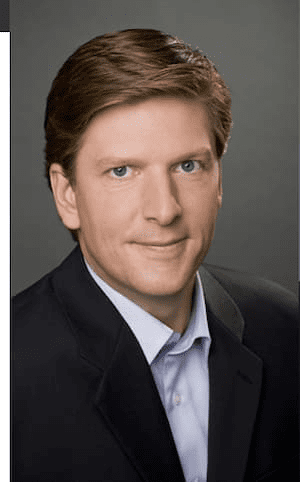 Ted Rowlands is a legal journalist serving as a Weekday Morning Anchor at Court TV. He is also the Director of Narrative at Adidas. Previously, he was a correspondent at ABC News. He was also a general assignment correspondent for CNN/U.S based in Chicago.

Rowlands is American by nationality.

He earned a Bachelor’s degree in Communication Arts from the University of Wisconsin at Madison in 1990.

Ted is married to Erica Sanson. He also has two daughters.

Rowlands is a legal journalist at Court TV based in Atlanta, Georgia with more than 20 years of experience. He joined the network in January 2019 and he’s the Weekday Morning Anchor.

Apart from his journalism career, Rowlands is also the Director of Narrative at Adidas since June 2015.

Prior to joining Court TV, Rowlands worked for over 20 years as a correspondent for CNN and ABC News. His work includes reporting on trials involving O.J. Simpson, Michael Jackson, Jodi Arias, Scott Peterson, Robert Blake, and Phil Spector among others. He has also worked in local television, as well as serving as a contributor to crime documentaries produced by ABC, BBC, Investigation Discovery, and Turner Broadcasting.

From March 2004 – December 2014, Ted was a general assignment correspondent for CNN/U.S based in Chicago. He covered several high-profile stories for the network, including, the trial and conviction of former Illinois Governor Rod Blagojevich, the gubernatorial recall election in Wisconsin, and the deadly shootings at a Sikh Temple in Wisconsin and at a high school in Ohio.

Ted has broken several stories exclusively on CNN, including the 2007 arrest of O.J. Simpson in Las Vegas, and a 2009 jailhouse interview with Scott Roeder in Wichita, Kans. days after Roeder was arrested for the murder of Dr. George Tiller. He has also been CNN’s lead reporter on the trials of Scott Peterson, Phil Spector, and Michael Jackson.

Prior to joining CNN, Ted was a reporter for KTVU-TV in San Francisco. There, he was the station’s lead reporter covering the Laci Peterson case. He was also one of only a few journalists to land an interview with Scott Peterson. Before KTVU-TV, he was a reporter with KNTV in San Francisco. While there, he exclusively broadcast the confession of Cary Stayner, who had been accused of murdering two female tourists and a park employee in Yosemite National Park in 1999. He also covered the San Francisco dog mauling case and trial in 2000.

His net worth ranges between $1 million – $5 million.