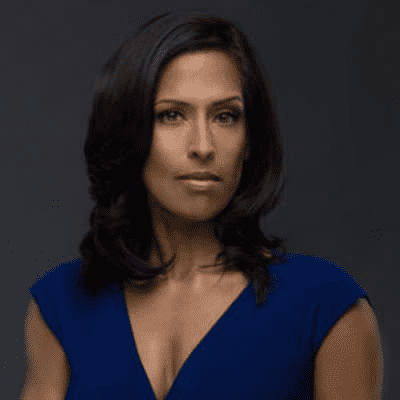 Seema Iyer is a media personality serving as the Chief Legal Correspondent for Queen City News in Charlotte. She is also a practicing attorney and a professional Indian dancer. Previously, she was the chief female anchor at Court TV.

She was born in America. However, her age is unknown.

Iyer is American by nationality. She is also Indian-American by ethnicity.

From 1991 – 1993, Seema studied Bachelor of Arts (B.A.) in Political Science and Government at John Jay College of Criminal Justice. She also earned a Juris Doctorate in Law from Southwestern University School of Law in 1996. In addition, she pursued post-baccalaureate studies in Biochemistry at the City University of New York in 2012. There her major subjects were psychiatry, forensic technology, medicine, and science.

Iyer spent her childhood traveling the globe with her mother as troupe members with Padmini Ramachandran, the renowned South Indian dancer and Bollywood actress, starring in plays depicting Hindu epics such as Dasavatar, Ramayana, Krishna Leela, and Siddhartha.

Despite being a famous person, Seema has managed to keep her personal life away from the limelight. Therefore, it is not known whether she is married, single, or in a relationship. She hasn’t also revealed whether she has children or not.

Seema is the Chief Legal Correspondent for Queen City News in Charlotte since January 2021. A practicing attorney, she is also a lawyer and professional Indian dancer.

After prosecuting criminals in the Bronx, Seema opened her own law firm in Manhattan in 2001 where she specialized in criminal defense and civil rights law and represented members of the NYPD.

Seema was a regular fixture on the original Court TV and then HLN. By 2011 she was frequently appearing on CNN and MSNBC commentating on politics, news, and law. In 2014 Seema became an MSNBC contributor and MSNBC.com anchor – she hosted and produced her own live weekly digital show called The Docket. Seema often appeared on Morning Joe and almost daily on The Reverend Al’s Politics Nation.

In 2017 Seema became a fill-in anchor for Ashleigh Banfield at HLN. This is where she decided to close her NYC law firm and pursue journalism full-time. By 2018 Seema was an anchor/investigative journalist for the ABC affiliate in Columbus, Ohio. In 2019 she was called upon to help relaunch Court TV in Atlanta as the chief female anchor. After leading Court TV’s coverage of the Harvey Weinstein trial from NYC, Seema left Court TV in April 2020 to finish writing her first book.

Prior to law and journalism, Seema began dancing professionally. She has been trained in the ancient forms of Indian dance – Bharathanatyam, Mohiniattam, and Kuchipudi since the age of four. She also spent her childhood traveling the globe with her mother as troupe members with Padmini Ramachandran, the renowned South Indian dancer and Bollywood actress, starring in plays depicting Hindu epics such as Dasavatar, Ramayana, Krishna Leela, and Siddhartha. Most recently, Seema was the first American-born solo artist to tour in the illustrious Soorya Festival in South India.

Seema Iyer Salary and Net Worth