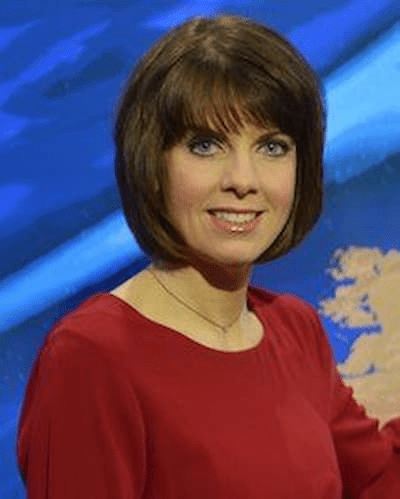 Susan Powell is a British media personality serving as a broadcast meteorologist for the BBC. Previously she worked as the main weather reporter on the BBC Ten O’Clock News.

Growing up in the village of  Wellington in Herefordshire, Susan attended Aylestone High School and Hereford Sixth Form College. She then enrolled at the University of Swansea where she studied chemistry. Subsequently, Susan furthered her education at the same institution and completed a doctorate in engineering with the support of the steelmaker Corus.

The meteorologist has kept her family away from the limelight.

It’s not yet clear who her husband is, whether she is in a relationship, divorced, or has kids.

Having undertaken vast and intensive training in weather forecasting, Powell joined the BBC Weather Centre in April 2001, presenting her first telecast in November 2001. She broadcasts on BBC World, BBC Radio Four, BBC News Channel, and BBC One and she serves as the main weather reporter on the BBC Six O’Clock News

After completing a doctorate in engineering with the support of the steelmaker Corus she traveled a lot because of the nature of her field of study. This saw her go to South Africa, Australia, Fiji, New Zealand, and the United States. During her travels, she went skiing, swam with sharks, went diving, and also made numerous friendships. Before joining the Met Office as a trainee broadcast meteorologist on her return, Susan worked for Corus.

Susan Powell Salary and Net Worth