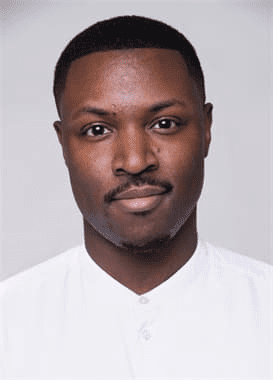 Symeon Brown is a media personality serving as a news correspondent for Channel 4 News. He is also the author of Get Rich Or Lie Trying published by Atlantic books. Prior to working in journalism, he worked as an archivist at the Black Cultural Archives, Britain’s leading Black heritage organization.

Brown is in his 30s. However, his birthday is unknown.

Brown studied Economics and Politics at the School of Oriental and African Studies. He also received an MA in Broadcast Journalism from City University in 2014.

There is no information about his family background, parents, and siblings. Therefore, it is not known whether he has siblings or not.

Despite being a media personality Symeon has managed to keep his personal life away from the limelight. Therefore, it is unknown whether he is married, single, or in a relationship.

Symeon is a correspondent on Channel 4 News. He is also the author of Get Rich Or Lie Trying, a book published by Atlantic books. He has covered the most significant contemporary events in Black Britain. In 2020 he won the Criminal Justice Alliance Award for Outstanding Journalism reporting on racial inequality. His coverage of the Black Lives Matter Movement in Britain, Europe, and Latin America has also been watched over 1M+ online.

Symeon’s reporting has been shortlisted for the Orwell Prize for Exposing Britain’s Social Ills and a British Journalism Award for Economics reporting. He has also won the Medical Journalists Association Award for broadcasting and was identified by MHP as one of 30 under 30 to watch in 2018. He has also been One to Watch at the Edinburgh TV Festival.

Symeon has written for a range of publications including Vice, Guardian, Huffington Post, CNN, New Statesman, and The Voice. His essay on the commodification of culture in East London was published in Safe: On Black British, Men Reclaiming Space (ed. Derek Owusu) by Trapeze in 2019.

He was a senior researcher on the collaborative London School of Economics and The Guardian investigation into the 2011 England Riots and worked in the Guardian’s investigative films unit working on exposés into slavery in the British food supply chain, security in British prisons, and the failures of the criminal justice system.

He was also a contributor to the anthology Safe published by Trapeze. Prior to working in journalism, he worked as an archivist at the Black Cultural Archives, Britain’s leading Black heritage organization.