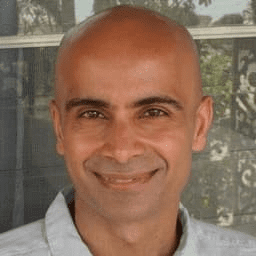 Haroon Siddique is a media personality serving as the Legal Affairs Correspondent at the Guardian. He is also a Journalist Director on the board of the Scott Trust, the sole shareholder of Guardian Media Group. Previously, he served as a Reporter and Senior Reporter in the Guardian’s newsroom.

Siddique went to Chatsworth primary school, Isleworth and SyonIsleworth and Syon, and Hampton School. He also graduated from the University of Manchester with a Bachelor of Laws (LLB) in Law in 1995.

Haroon is the son of Muhammad Siddique and Saeeda Mir. His father who died aged 80 in 2020, came from a farming family in a small village in Pakistan to rise to the principal level as a corporate tax officer at HM Revenue and Customs.

When Muhammad first arrived in the UK in 1963, living in a bedsit in Shepherd’s Bush, west London, he struggled to get a job commensurate with his qualifications, instead working in a biscuit factory.

However, in 1965, Muhammad got a job as a clerical officer with the Inland Revenue (now HMRC). Three years later he had an arranged marriage to Saeeda Mir in Pakistan. They bought a house in Hounslow and had a daughter, Anjum, in 1970.

In 1981, Haroon’s mother Saeeda died from breast cancer, and his father having no family in the UK to help, raised him and his sister alone, never remarrying. He was a devoted father, although he could be overly strict, especially towards Anjum, before mellowing out as he aged, charming all and sundry.

Born in the small village of Beknawala in the Gujrat district, to Mian Ghulam Ali, a farmer, and his wife, Niamat, Muhammad was the youngest of six children.

While his two older brothers went to work on the farm, Muhammad became the first person in the village to go to university. He went to Islamia high school in Dinga, then to the University of Punjab, in Lahore, where, he liked to joke, he studied PPE, although it was Persian, philosophy, and English, rather than philosophy, politics, and economics. He graduated in 1959, then obtained a master’s in English from the same university, briefly teaching English at Government College, Sargodha, before traveling to the UK.

In later life, living in Richmond, southwest London, Muhammad loved going for walks and also took up golf. After being diagnosed with Parkinson’s disease in 2005, he gave up golf but otherwise stayed active. He discovered his creative side, taking art classes, and he loved Parkinson’s Can Dance, a ballet group for people with the disease. He adored and enjoyed spoiling his three grandchildren.

After breaking his hip in December 2017, he spent the final years of his life in a care home in nearby Kingston, where he was a hugely popular figure with staff, residents, and visitors alike.

Siddique hasn’t revealed whether he is married, single, or in a relationship.

Haroon is the Legal Affairs Correspondent at the Guardian. The Scott Trust, the sole shareholder of Guardian Media Group, also appointed him as a journalist director to the board in June 2022.

He has worked at the Guardian for over 15 years. Previously, he served as a reporter and senior reporter in the Guardian’s newsroom. The Scott Trust formalized Haroon’s appointment following successful hustings and support from Guardian and Observer journalists through an indicative ballot.

Haroon says: “I’m honored to be representing Guardian and Observer journalists on the board of The Scott Trust. I care deeply about protecting and enhancing the journalism of the Guardian and Observer, and look forward to working with the Trust on behalf of all my fellow editorial colleagues in the months and years ahead.”

Haroon replaces the Guardian’s financial editor Nils Pratley on the Trust, who held the position for six years (2016-2022).

Ole Jacob Sunde, chair of The Scott Trust, says: “I’m delighted to welcome Haroon to The Scott Trust board as journalist director. His experience as a reporter and his extensive knowledge across the legal, business, and financial world will be hugely insightful to the Trust and the many journalists he represents.

“I would also like to thank Nils Pratley for the effort and integrity he has brought to the role throughout his six-year term. He has made a significant contribution to the Trust during a period of major change.”

Haroon joins The Scott Trust board as journalist director with immediate effect.