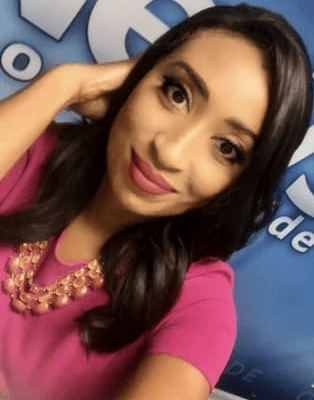 Crystal Whitman is an American media personality serving as the early morning anchor for WRBL News 3 in Columbus, Ga. She anchors from 4 a.m. to 7 a.m. on weekdays. Previously, she anchored and reported for over a decade at Nexstar stations.

Whitman is around 35 – 45 years old. She was born in Louisiana. However, her birthday is unknown.

Whitman is a proud alumna of Northwestern State University where she earned a degree in Broadcast Journalism upon completion of her high school education.

She is a Louisiana native. However, there is no information about her parents and siblings. Hence, it is not known whether she has siblings or not.

Crystal is married to her husband Mac Barrow. The couple tied the knot on January 18, 2014. Mac created a lifestyle show for her, Crystal’s Hot Seat where Crystal did in-depth interviews with Melva Williams.

However, she hasn’t revealed whether she has kids or not.

Crystal is the early morning anchor for WRBL News 3 in Columbus, Ga. You can catch her on the anchor desk from 4 a.m. to 7 a.m. on weekdays or while reporting in the field.

For two decades, Crystal has covered everything from historic hurricanes that devastated parts of south Louisiana to interviewing major Hollywood stars, to the LSU Tiger’s national championship, to the murder of a beloved civil rights icon. She specializes in breaking news and education stories, with interests in women’s empowerment, job readiness, and health and wellness.

Prior to WRBL, Crystal anchored and reported for over a decade at Nexstar stations. Her first television job was in Jonesboro, Ark. as an on-air talent general assignment reporter. Other career stops included Flint, Mich., Alexandria, West Monroe, and her hometown of Shreveport, La. before heading to WGMB/WVLA.

Some of her other proud accomplishments include volunteering in the community for her local domestic violence shelter, reading to students, and volunteering with the Boys and Girls Club of America. She is also a continuing education instructor for Dress for Success, Atlanta’s client-based professional women’s group, a nonprofit organization that suits women for success.