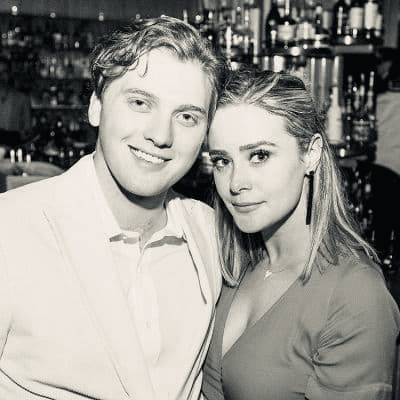 Peter Neal is a lawyer. He is also the husband of Naomi Biden, the daughter of Hunter Biden and President Joe Biden’s first granddaughter.

In March 2012, he was awarded the 2012 XC Skiing Junior Nationals by the United States Ski Association.

On May 16, 2022, Neal received his law degree from the University of Pennsylvania, joining the vaunted ranks of his significant other, who is a Columbia Law School graduate. Neal shared a video of him walking across the graduation stage to accept his diploma on Instagram. According to his LinkedIn, he also earned a Bachelor’s degree in Political Communications from George Washington University.

Peter is the son of two doctors, William Neal and Mary C. Neal.

Her mom is the author of “To Heaven and Back: A Doctor’s Extraordinary Account of Her Death, Heaven, Angels, and Life Again.”

She believes she went to heaven in 1999 when she “drowned” while kayaking — and said God’s pearly gates were so stunning she “did not want to return to earth.”

The No. 1 best-seller published in 2011 tells the story of Mary “dying” and coming back to life when she kayaked down a waterfall in Chile’s Fuy River.

Mary writes about getting “pinned in the waterfall” and trying to escape, but the water was too powerful.

“When I no longer felt myself trying to breathe, I assumed I would die,” she wrote in a chapter titled “Death on the River.”

“It felt as if I had finally shaken off my heavy outer layer, freeing my soul. I rose up and out of the river, and when my soul broke through the surface of the water, I encountered a group of fifteen to twenty souls (human spirits sent by God), who greeted me with the most overwhelming joy I have ever experienced and could ever imagine.”

Mary said she was led to a “great and brilliant hall” where she was so stunned by the beauty that she didn’t want to go back to Earth.

Mary C. Neal, a devout Christian, is a UCLA-trained orthopedic surgeon who lived in Jackson Hole, Wyoming, at the time of the incident. She said despite her medical training, she is certain she was dead and came back to life thanks to God.

She went on to write her memoir, and a second book titled “7 Lessons from Heaven: How Dying Taught Me How to Live a Joy-Filled Life.” She was also featured on the Netflix show “Surviving Death.”

Mary gave a Ted Talk on going to heaven and coming back, but it was later flagged by the organization which claimed it “appears to fall outside TEDx’s curatorial guidelines.”

“This talk only represents the speaker’s personal experiences. TEDx events are independently organized by volunteers,” the group clarified.

Advertisement
who tragically died at age 19 in a roller skiing accident. His family later established The Willie Neal Environmental Awareness Fund in his honor.

“Willie brought great joy, inspiration, and passion to this world and showed all of us how to be better people,” Mary Neal, his mother, said after his death. “In this next chapter, we hope our pain will subside to the point that our memories of Willie will bring only joy and will continue to motivate us to make a difference in this world each and every day.”

Peter is married to Naomi Biden, the first granddaughter of USA President Joe Biden. Naomi, 28, is also the daughter of Hunter Biden and Kathleen Buhle. Her parents divorced in 2017.

Naomi was named after the president’s first-born daughter, who tragically died along with Biden’s first wife Neila in a 1972 car crash.

A few months before their wedding, Naomi showed off the couple’s dance moves on Instagram. She wrote “practice makes (perfect?)” alongside a video of the pair dancing in front of the White House, seemingly alluding to their first dance.

The two were introduced by a mutual friend in New York City back in 2018 and dated for three years before Peter popped the question. He proposed to Naomi on Sept. 4, 2021, near his childhood home in Jackson Hole, Wyoming. The ring he gave her holds extra sentimental value as the band was originally a part of Peter’s grandmother’s engagement ring.

Neal is a lawyer. Much like his wife, he also has a passion for politics. He was a White House intern during the Obama-Biden administration. He also interned for Hillary Clinton’s presidential campaign.

In 2020, Neal and his wife, Naomi launched an online tool called My CARES Act Benefits to help individuals and small businesses calculate their CARES Act benefit eligibility. After taking the quiz, users have access to professionals who may be able to provide pro bono legal assistance.

“After spending hours reading the stimulus bill and trying to understand what it meant for ourselves, as well as Peter’s family’s small business in Wyoming, we were struck by the difficulty of navigating what should be accessible information for struggling small businesses & individuals during a crisis like this,” they shared on the website’s About Us page.

“While not perfect, we hope that this website can provide a general framework on what you may qualify for, in addition to a number of resources that may provide you with more authoritative information on the CARES Act provisions.”