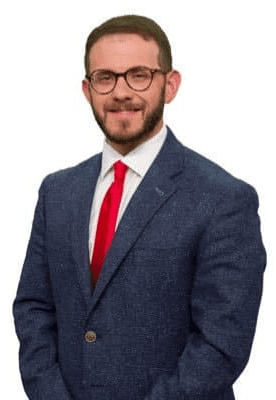 Cody Nickel is a media personality serving as a Weekend Meteorologist at WRBL News 3. He joined WRBL in January 2015 as a part-time fill-in Meteorologist. Previously, he worked as a Digital Content Producer.

Nickel graduated from Mississippi State University in May 2014 with a Bachelor’s Degree in Geosciences with a Broadcast Meteorology emphasis and a minor in Communication. While at Mississippi State, he was part of the East Mississippi Chapter of the National Weather Association & American Meteorological Society.

His hometown is Warm Springs, Georgia. However, there is no information about his parents and siblings.

Nickel has managed to keep his personal life away from the limelight. Therefore, he hasn’t revealed whether he is single, married, or in a relationship.

He remains a current member of the National Weather Association. He was also an intern at WTVM during the summers of 2012 and 2013.

While not working, you can find Cody hiking around Pine Mountain, playing with his Shih Tzu named Wiggle, tinkering around on computers, and pulling for his Mississippi State Bulldogs on game day.