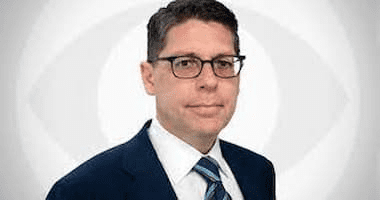 Mark G. Peters is a media personality serving as the Urban Affairs Expert at CBS New York and WLNY-TV (Channels 10/55) in New York. He joined WCBS and WLNY 10/55 after serving as the Commissioner of the New York City Department of Investigation from 2014 to 2018.

Peters hasn’t revealed when and where he was born. Therefore, his age is unknown. It is also not clear when he celebrates his birthday.

There is no information about his family, parents, and siblings.

Peters has managed to keep his marital status away from the limelight. Therefore, it is not clear whether he is married, single, or in a relationship.

Mark is the Urban Affairs Expert at CBS New York and WLNY-TV (Channels 10/55) in New York. He joined WCBS and WLNY 10/55 after serving as the Commissioner of the New York City Department of Investigation from 2014 to 2018. While in this role, Mark supervised the 700-person law enforcement agency responsible for investigating corruption, waste, fraud, and abuse by city agencies, city workers, and private entities that do business with the city.

During Mark’s tenure at the agency, DOI exposed false reporting of lead paint testing at NYCHA; the failure of the NYPD to properly investigate sexual assault; and significant concerns about the operations of agencies responsible for child welfare, homelessness, and Rikers Island.

Prior to working with the DOI, Mark was a partner at an international law firm, Edwards Wildman Palmer from 2010 to 2014. He was also tasked with reviewing and reforming the New York Liquidation Bureaus’ agency practices as the Special Deputy Superintendent in Charge from 2007 to 2009.

From 1999 to 2004, Mark worked in the New York State Attorney General’s Office as Chief of the Public Integrity Unit and Deputy Chief of the Civil Rights Bureau reporting directly to the Deputy Attorney General for the Criminal Division. He also worked as a Children’s Rights, Inc., Senior Staff Attorney in 1995. While in this role, he conducted investigations of various foster care systems in the United States.