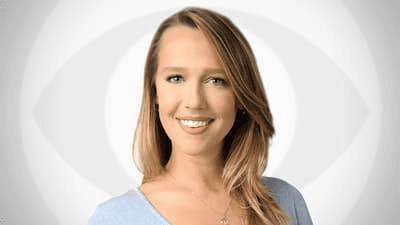 Elle McLogan is an American Emmy-winning creator and host of The Dig, a series that unearths gems in local food and culture at CBS New York. She joined CBS New York in September 2017 as a digital reporter for CBSNewYork.com.

McLogan was born in Manhattan and raised on Long Island. However, her age is unknown. She hasn’t also revealed when she celebrates her birthday.

She is an American by nationality.

Her mother has received numerous accolades for her reporting and breaking news coverage, including national and local Emmy awards, over the course of her career. She first caught the journalism bug at the University of Michigan, where she worked for the school newspaper. She was inspired by her own mother Bea McLogan, who worked for the very same paper back when she was an undergraduate. For Jennifer, print led to radio, and radio to television, where she finds fulfillment in a career that has spanned three decades.

“On the job each day, I get to meet people who inspire me,” Jennifer said. “Each day brings a new challenge, and I am constantly learning. My job can be difficult and emotional at times, but my husband Dan, and three children—Emily, Teddy, and Elle—are a source of endless support. I couldn’t do it without them.”

Jennifer always encouraged Elle to pursue her passions, never expecting them to lead her down the same career path. She said of Elle’s decision to follow in her footsteps, “I was surprised but thrilled.”

From a young age, Elle recognized the potential of a good story. “Both my reporter mother and screenwriter father showed me that a story can do more than pique interest or brighten a mood. Stories offer human connection and new perspectives. They allow us to make sense of the world and our place in it.”

And she doesn’t underestimate the influence of her mom on her career.

“My mom is my biggest fan. I’m deeply appreciative of her encouragement and wisdom,” Elle said. “Every day, I learn from her insights. She approaches her job with the utmost care and consideration. The astounding effort she puts in behind the scenes is a key to her talent.”

McLogan has two siblings: a sister, Emily, an attorney in Washington D.C., and a brother, Teddy who works in the restaurant industry in Charleston, South Carolina.

Despite being a media personality Elle has managed to keep her marital status away from the limelight. Therefore, it is not clear whether she is married, single, or in a relationship.

Elle joined CBS New York in September 2017 as a digital reporter for CBSNewYork.com.

She created “The Dig With Elle McLogan,” a series that unearths gems in local food and culture. She hosts, produces, and edits the show on her own, shooting entirely on her cell phone. Episodes can be found at CBSNewYork.com/TheDig.

In 2021, Elle won an Emmy Award in the category of Lifestyle – Short Form Content and a Folio Award in the Arts &amp; Culture Feature category. In 2018, she was named Outstanding Social Media Personality by the New York State Broadcasters Association, and her work was selected for screening at the Food Film Festival in New York City.

After graduation, Elle moved to China to review restaurants as a food critic. She spent four years working in Shanghai as a writer and host for television programs and documentaries with a focus on food and culture.

Elle is active in community service for underprivileged youth in the New York area. A volunteer with the nonprofit organization Reading Partners, she teaches reading to struggling students at under-resourced New York schools.