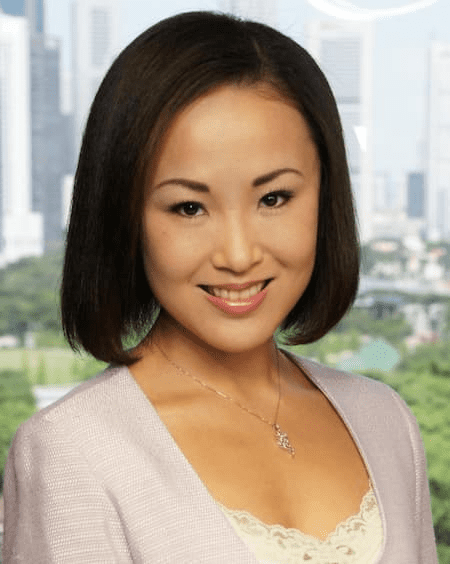 Mariko Oi is a media personality serving as a reporter and presenter for BBC News based in Singapore. She joined the broadcast in December 2006. Previously, she was a producer at Bloomberg Television.

She hasn’t mentioned when and where she was born. Therefore her age is unknown.

Oi belongs to the Japanese nationality.

While at RMIT University, she was a reporter at C News and Channel 31 between May 2004 and December 2004. She was also a production manager at RMITV between January 2003 and December 2003. Additionally, she was a producer, presenter, and director of programmes such as Newsline, Pluck, and Raucous on Channel 31.

Between April 2002 and December 2003, Mariko was a presenter at SYN FM Radio.

Oi grew up in Japan. In 2015 during a discussion with the Womenomics at a Crossroads panel, Mariko said, “I wanted to become a stay-at-home mum until I was 16. All our mothers were – and our grandmothers. I’m not saying it’s in our DNA, because it’s clearly not in mine, but it’s a model that worked so well after the war: the hardworking salary man supported by the housewife at home.”

She hasn’t revealed more information about her parents and siblings. It is therefore not known whether she has siblings or not.

Mariko is married to Skye Neal, a British. He is also the Head Professional at Sentosa Golf Club, Singapore.

The couple has three children, a son and two daughters.

Husband @golfskye is on his way to work @SentosaGolfClub. Despite concerns of huge traffic jam, he says no major disruption getting on the island despite #TrumpKimSummit taking place. Well done Singapore. It’s quite incredible they arranged this in 2 weeks. pic.twitter.com/jNyHhkntaQ

Oi is a bilingual reporter with 15 years of experience in journalism.

Since joining the BBC as a reporter in 2006, she has covered major breaking news such as the Japan earthquake in 2011, the US debt crisis in 2013, the migrant crisis in 2015, President Obama’s visit to Hiroshima in 2016, the inter-Korean summit, the Trump-Kim Singapore summit and Palu tsunami in 2018, Christchurch mosque shooting, Japanese Emperor’s abdication, and enthronement, the Trump-Kim DMZ summit, Hong Kong pro-democracy protests, the Rugby World Cup in 2019, the coronavirus outbreak in 2020 and Tokyo Olympics in 2021.

Using her Japanese language skills and local knowledge, Mariko reports often from Japan. In October 2015, she was one of the main presenters for the channel’s special series on Japan, focusing on Prime Minister Shinzo Abe’s Womenomics policies in Working Lives and hosting a debate programme Talking Business. Since 2015, she also presents a special series on the country’s economy Jump Starting Japan, and Worklife Japan.

Mariko is also known for her investigative documentaries on Japan’s history education and she presented Missing Histories: China and Japan for the BBC’s Freedom season in 2014. Other topics of her documentaries include last kamikaze pilots, Japan’s judicial system, and the adult adoption of husbands in Japanese families.

In 2013 and 2016, Mariko spent a total of 6 months in New York as a business correspondent where she reported from the New York Stock Exchange. She also presents news programmes on BBC World News and BBC News Channel in Singapore and London.

Prior to joining BBC, Mariko was a producer at Bloomberg Television. She was also an intern assistant producer at Thomson Reuters for five months between February 2005 and July 2005.