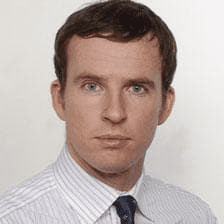 John Sudworth is an award-winning media personality serving as BBC’s Beijing correspondent since September 2015. Previously, he was BBC’s Shanghai correspondent.

He hasn’t revealed where and when he was born. Therefore, his age is unknown.

He is tall in stature however his height is unknown.

Sudworth is a British national.

He hasn’t revealed any information about his educational background. However, it is presumed that he is highly educated due to his career achievements.

There is no information about his parents and siblings. It is therefore not known whether he has siblings or not.

John is married to Yvonne Murray, an Irish journalist. She reports for RTÉ News on Chinese affairs from Taipei, Taiwan. Previously, she worked for the BBC. Murray was born in Howth, Dublin, Ireland.

The couple has three young children. Two of the three children were born in China and all three speak Chinese proficiently.

Sudworth serves as a BBC Beijing correspondent since September 2015. Until March 2021, he was based in Beijing, China. However, currently, he is based in Taiwan.

In 2017, Sudworth and his camera crew were attacked and forced to sign a confession in a Chinese village. In 2020, he won a George Polk Award for his reporting on the Xinjiang internment camps. After suffering pressure and threats from the Chinese government, he left Beijing and moved to Taipei with his family.

In January 2003, Sudworth began his journalism career as a reporter for BBC Radio 4. In 2007, he was appointed as a BBC Dhaka correspondent based in Bangladesh.

Bell’s palsy is a condition that has no warning signs and most people simply wake to find that they cannot move half of their face. It leaves sufferers with one eye stuck permanently open, sometimes for months on end. With just one eye able to blink, it can create the impression that they are winking at others, John explained.

He added, “From the left side of my forehead to the left side of my chin, every one of my facial features is in complete, open mutiny. I can’t raise my left eyebrow. I can’t close my left eye. And when I try to smile, while the right side of my mouth still obligingly pulls itself into the requisite shape, the left side refuses to budge. The resulting expression turns out to be useless at signaling a friendly hello but it might come in handy if I ever decide to hold up a corner store.”

A year later John was able to smile and blink again.

On March 23, 2021, Sudworth left Beijing with his family and moved to Taiwan following pressure and threats from the Chinese authorities. Sudworth, who was based in China for nine years, said he moved to Taiwan after it became increasingly difficult to remain in China.

Previously, he won awards for his reporting on the treatment of the Uyghur people in the Xinjiang region. However, China denounced the BBC’s coverage of Xinjiang.

While leaving China, Sudworth and his family were followed to the airport and into the check-in area by plainclothes police officers. He also said that he and his team faced surveillance, threats of legal action, obstruction, and intimidation wherever they tried to film. His reporting colleagues are still in Beijing, and he says he intends to continue his reporting from Taiwan.

A Chinese foreign ministry spokesperson said the authorities had not been given prior notice.

“Only in recent days when we were faced with the task of renewing Sudworth’s press card did we learn that Sudworth left without saying goodbye. After he left the country, he didn’t by any means inform the relevant departments nor provide any reason why,” Hua Chunying told a news conference in Beijing.

In its statement, the BBC said: “John’s reporting has exposed truths the Chinese authorities did not want the world to know.”

John Sudworth Salary and Net Worth