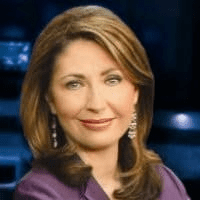 Lydia Kulbida is a media personality serving as a reporter and anchor for WTEN NEWS 10 in New York since joining in September 2009. Previously, she was an anchor and reporter for almost 10 years at WYNT.

Kulbida is an American by Nationality.

She graduated with a bachelor of arts degree in broadcast journalism from New York University. She later joined Stage Graduate School in 2009 for a Master’s degree in Elementary Education and Literacy but she is yet to graduate.

She is married to her husband Nick Kulbida who works as a physician for Bellevue woman’s hospital. The duo has been blessed with two children.

Lydia is an American journalist serving as a reporter and an anchor for WTEN NEWS 10. She joined NEWS10 in September 2009, with almost a decade’s worth of broadcasting experience in the Capital Region. During that time, she was part of the Best Newscast as chosen by the New York State Broadcaster’s Association.

She hit the ground running on her first day on air at NEWS10, anchoring our coverage of President Obama’s visit to the Capital Region. During her career, Lydia has also covered numerous national political conventions, and soared with both the U. S. Navy Blue Angels and the U.S. Air Force Thunderbirds, piloting an F-16 herself.

But it’s her community and charity involvement that she is especially proud of, including the March of Dimes, the Alzheimer’s Association of Northeastern New York, The Legal Project, Zorepad Ukrainian Folk Dancers, Living Resources, and the Center for Independence. Lydia was honored by the Massachusetts Society for the Prevention of Cruelty to Children for her work in promoting the safety and welfare of children

Lydia came to the Capital Region from WWLP-TV 22 in Springfield, Massachusetts, where she anchored the 5 p.m. news and reported for more than four years. Lydia has a B.A. in Broadcast Journalism from New York University, and her on-camera career began in the North Country, anchoring and reporting at TV-8 in Glens Falls. She then spent four years in Buffalo working as a news anchor and music director for that city’s National Public Radio affiliate, WBFO-FM.