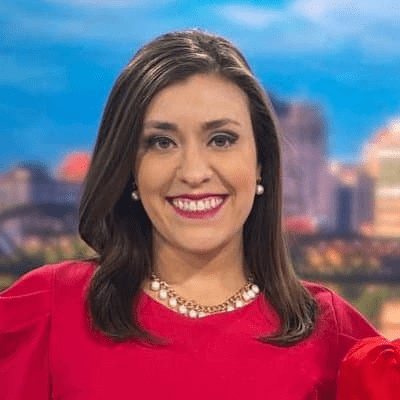 Cassie Hudson is an American media personality serving as a reporter and fill-in anchor for NEWS10 ABC in Albany, New York. Previously, she worked at Channel One News in New York City.

Hudson is in her 30s. However, she hasn’t shared her birthday.

Hudson graduated from the University of Florida with a Bachelor of Science (B.S.) in Public Relations.

Hudson has a brother who is a U.S Navy Sailor.

Despite being a media personality Cassie has managed to keep her marital status away from the limelight.

Cassie is a reporter and fill-in anchor for NEWS10 ABC in Albany, New York. She is also an on-air journalist and producer with a background in social media.

In her current role, she’s covered a wide range of breaking, hard, and feature stories as both a reporter and fill-in anchor. Her weekly “Off the Beaten Path” series, which profiles hidden gems in the Capital Region, has gained a fan following in the market. For the last four years, her summers have been spent reporting trackside at the Saratoga Race Course as the NEWS10 Track Reporter. In June, she was nominated for a New York Emmy Award for reporting for a compilation of stories in the “News Feature – Light Feature (Multiple Reports)” category.

She formerly worked at Channel One News in New York City, a teen news program broadcast to more than 6 million students daily. In her five years with the company, she not only was able to create and develop the social media presence of the brand – but she also traveled the country interviewing and reporting stories for young people.

When she’s not in search of the next big story, you can find Cassie supporting a local restaurant, traveling, or climbing hills in spin class. She is based in New York.