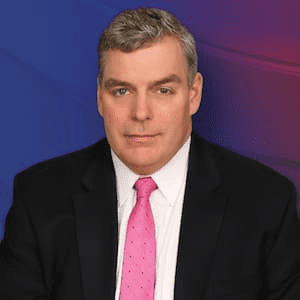 John Gray is a media personality serving as an anchor and reporter at WTEN News 10 Abc and FOX23. He anchors the 5:00 am,6:00amand 10 pm newscast alongside Lydia Kulbida. Additionally, he has covered a number of major stories, including the September 11th terrorist.

He has not disclosed information concerning the date, month, or year he was born. Therefore his age is unknown.

Gray is an American by Nationality.

Gray is married to his loving wife Courtney, whom he met at price chopper many years when she rang up his food at her register. He and his wife have five dogs, including three with special needs. They dedicate much of their free time to helping rescue shelters throughout the Capital Region.

John is an American journalist serving as an anchor and reporter at WTEN News 10 Abc and FOX23. He anchors the 5:00 am,6:00amand 10 pm newscast alongside Lydia Kulbida.

He has covered many big stories including the terrorist attacks of September 11, and the Pope’s visit to America and has reported on a number of Presidential campaigns. However, his favorite stories involve helping people right here at home. John volunteers with a dozen local charities including, ALS, M.S., Special Olympics, Juvenile Diabetes, Hospice, and Big Brothers/Big Sisters to name a few.

John has won numerous awards for his television work and writing, including four prestigious Emmy Awards. He has been awarded “Columnist of the Year” honors from both the Associated Press and New York News Publishers Association and received the Business Reviews 40 Under 40 Award and H.V.C.C.’s ‘ Most Distinguished Alumni award.

His passion is writing and for nearly twenty years his Wednesday column in The Record and Saratogian newspapers has become a local favorite. He also writes a popular monthly column in Capital Region Living Magazine and is the author of three children’s books and three novels