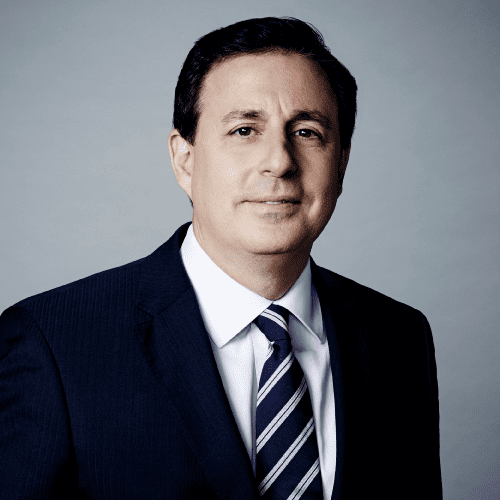 John Defterios is the Emerging Markets Editor for CNN based in Abu Dhabi. He joined the network in 1992 and he is also the anchor of CNN Marketplace Middle East and One Square Meter.

Defterios stands at a height of 5 feet 8 inches tall.

He received a Bachelor of Arts degree in Journalism and Political Economics from the University of Southern California in 1984.

Defterios was the son of the late Gerrasimo Kosta, who passed on in December 3, 2019 from complications related to degenerative heart disease and Leonora Defterios. His mother was a vegetarian chef and caterer while his father was the founder of KD Nursery in Ventura, California.

Defterios is a married man. He married Manuela Mirkos in 2002 in a Greek Orthodox ceremony on the island of Sifnos. The marriage was officiated by Rev. Nikolaos Mavroyiannis. Mirkos was a freelance journalist at The New York Times when the couple met. Previously, John was married and the marriage ended with a divorce.

He and his wife have two daughters, Lara and Alexandra.

Defterios is the Emerging Markets Editor for CNN based in the network’s Abu Dhabi bureau. He focuses on the top business stories from emerging and BRIC economies. He is also the anchor of ‘CNN Marketplace Middle East’, a weekly business Programme featuring in-depth analysis and top newsmakers from across the Middle East, and ‘One Square Meter’, a segment which explores urban planning and property development in emerging markets.

John has covered some of the landmarks events including the Gulf War, the fall of the Berlin Wall, the World Trade Centre bombings and G8/G20 summits from his postings in London, Washington, New York, Los Angeles, Rome and the Middle East.

He is a World Economic Forum media leader and member of the Global Agenda Council on the Arab World and has served as Chairman of the Business Week Leadership Forums in London, Beijing and New York, the World Islamic Economic Forum amongst others.

Defterios started at CNN in New York as correspondent on ‘Moneyline with Lou Dobbs’, anchored CNN’s ‘World Business Today’ and the top rated U.S. morning business program ‘Ahead of the Curve’. Prior to CNN, he worked for Reuters Television as European Correspondent, West Coast Correspondent and special series producer in a joint-venture with The Nightly Business Report on PBS-TV.

He has an estimated net worth of $1.9 million.