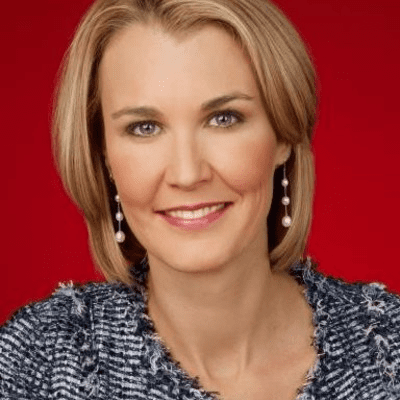 Robyn Curnow is a CNN anchor and host of CNN International’s CNN Newsroom with Robyn Curnow, which also regularly airs on CNN/US. She is based at CNN’s headquarters in Atlanta. Previously, she was a CNN correspondent in Johannesburg and London. She was also a reporter for the BBC and for the South African Broadcasting Corporation.

Curnow stands at a height of 5 feet 7 inches tall.

She is a South African national. She was born in Perth, Australia and raised in Johannesburg, South Africa.

Robyn also graduated with a Master’s degree in International Relations from Cambridge University in 2001. She is an alumni of Magdalene College at Cambridge, where she received a Chevening Scholarship, a UK scholarship given to students in Commonwealth countries.

She is the daughter of Niven Francis Curnow and Jennifer Margaret Curnow. She is also the grand-daughter of Cricketer Syd Curnow. Her father died on March 17, 2009. He had cancer and Robyn suspects that he also had Dyslexia and Stuttering.

She has two brothers, Graham Curnow and Andrew Robert Curnow.

She is married to Kim Norgaard. He was bureau Chief at CNN based in Johannesburg before they moved to Atlanta in 2014 where he took a new role in the senior editorial team.

Curnow has two daughters, Freya and Hella. Freya, her fist daughter was diagnosed with Stuttering. She revealed that Freya started showing symptoms of stuttering at the age of nine when the family moved to the United States from South Africa. Curnow also suspects that Freya developed stress after having to adjust in the United Sates that took the form of stuttering.

Her second daughter, Hella is also suffering from Dyslexia. The couple has been very supportive to their daughters. However, both conditions in her daughters seem to be genetic as Robyn was diagnosed with Dyslexia and she suspects her father had it as well. Her father also had issues with stuttering as well.

Curnow is a CNN anchor and host of CNN International’s CNN Newsroom with Robyn Curnow, which also regularly airs on CNN/US. She is based at CNN’s headquarters in Atlanta. Previously, she served as a CNN correspondent in Johannesburg and London.

She has reported extensively on the ongoing Covid-19 pandemic, interviewing frontline medical workers, scientists and other public health experts about the latest news, data and stories on how the coronavirus is impacting people all over the world. She also covers key U.S. political stories including President Donald Trump and his administration as well as issues affecting Americans like maternal mortality rates and immigration.

Robyn has anchored CNN’s coverage of the recent explosion in Beirut, multiple terror attacks across Europe and North Africa, as well as North Korea and the Syrian war. She has also reported live from Havana on the death of Fidel Castro as well as U.S. President Barack Obama’s historic trip to Cuba in 2016.

While she was based in South Africa as a correspondent, she led CNN’s coverage of Nelson Mandela’s death and reported live from his funeral. She had a long association with Mandela, interviewing him a number of times during and after his presidency. Her conversation with him on his 90th birthday was the last interview he gave. She has also interviewed Oscar Pistorius and was based in Pretoria during his murder trial. Her documentary on the Olympian, commissioned by Anderson Cooper 360°, also featured exclusive footage and interviews with Pistorius’ inner circle.

She has covered a wide range of stories from Africa such as the HIV/AIDS epidemic, the soccer World Cup, political scandals involving South African President Jacob Zuma and Boko Haram. She traveled extensively on the continent and reported from Zimbabwe on human rights abuses and corruption.

Curnow started reporting for CNN in 2001 in London, covering stories like the death of Pope John Paul II from the Vatican, the South Asian tsunami and the London bombings in 2005. Before joining CNN, she was a reporter for the BBC and for the South African Broadcasting Corporation.

Curnow was part of CNN’s 2020 Alfred I. DuPont-Columbia Award winning coverage of the murder of Washington Post columnist Jamal Khashoggi as well as CNN’s Emmy-nominated coverage of a 2018 airstrike on a school bus in Yemen that killed dozens of children.

When Robert Mugabe resigned as Zimbabwe’s president in 2017, Curnow was integral to the networks coverage of the long-ruling autocrat, which was recognized with a 2019 Royal Television Society Award in the Breaking News category.

She was also on air when coalition forces launched the Mosul offensive in October 2016, which contributed to News and Documentary Emmy nomination for CNN.

Her estimated net worth is $1 million.