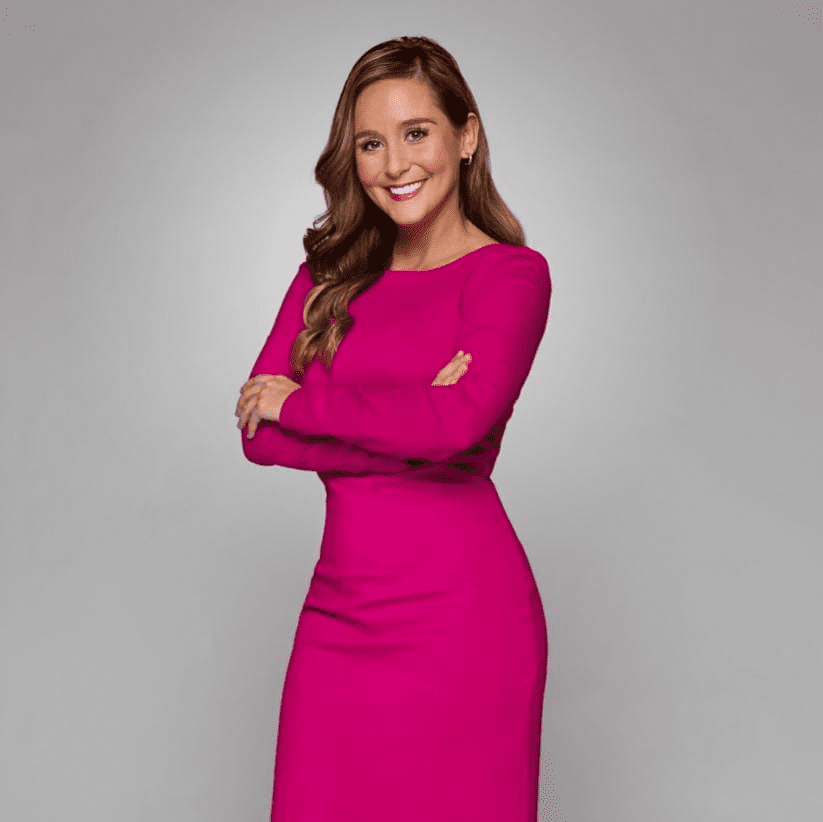 Jillian Deam is a media personality serving as the host of Indy Now, FOX59’s lifestyle show airing weekdays at 10 a.m. She is also the host/on-court emcee for the Indiana Pacers. Previously, she was a reporter and anchor for FOX59 and CBS4.

Deam is American by nationality.

She graduated from Butler University with a Bachelor’s Degree in Media Arts with a concentration in Electronic Journalism in 2010.

Jillian is married to Chris Thomas. However there isn’t much information about him.

Deam is the host of Indy Now, FOX59’s lifestyle show airing weekdays at 10 a.m. since August 2021. With more than a decade of experience in the media industry, Jillian is no stranger to the television world or the Indianapolis market.

NBA fans may know her as the Host/On-Court Emcee for the Indiana Pacers, a role she’s had for the past five seasons.

Jillian also covered news in Indianapolis as a morning show reporter and fill-in anchor for both FOX59 and CBS4. She covered breaking news and community stories from 2014 to 2018.

Prior to her time at FOX59 and CBS4, Jillian worked as an anchor and reporter in Champaign, Illinois for the local NBC affiliate, and later the CBS affiliate. While there, she was honored as runner-up in the Illinois Broadcasters Association Silver Dome Award’s “Best Reporter” category.

As a proud Butler University graduate, Jillian is thrilled to be living and working in the Indy area. You can usually find her trying different restaurants around town or teaching classes as a fitness instructor at The Hot Room, a local hot yoga and pilates studio. She loves dancing, fitness and spending time on the water with her husband and their dog Remington.

Jillian Deam Salary and Net Worth