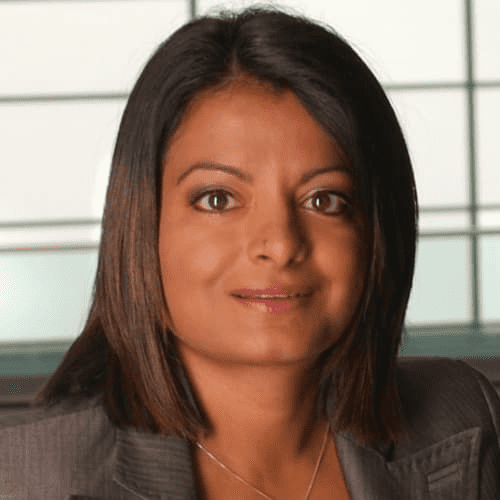 She hasn’t revealed when she was born. Therefore her age is unknown.

Soni is British by nationality. She also belongs to a mixed ethnicity.

She holds a degree in Sociology.

Her father was a deputy head teacher in Uganda. However there isn’t information about her mother. She hasn’t also revealed whether she has siblings or not.

Darshna married her Ghanaian husband Chi almost 20 years ago. They met in their first week of university. For years she was too scared to be seen with him in public “in case some Aunty saw us, she said. There was this fear in my stomach”.

Darshna and her husband shared a flat, but had to clear out all his stuff if her relatives were visiting. Even so, she says, “when I finally told the family, I didn’t realize the grief it would cause”.

Her father had cared deeply about his black pupils when he was a deputy head teacher in Uganda. This was different. He had to consider the reactions of the extended family and community.

One relative, whose husband is white, explained that she had “married up”, whereas Darshna was “marrying down”.

All these years on, she still hears insensitive comments from kith and kin about her mixed-race children, their curly hair and skin colour.

Soni is a Home Affairs Correspondent for Channel 4 News based in the Midlands. During an interview, she narrated how she became a journalist.

She said, “I came to journalism quite late having done sociology at university. I had no idea what I wanted to do. I ended up working for Britain’s first black MP, Bernie Grant, for a number of years.”

“Working for him I saw media from the other side and it wasn’t very good. Awful things were written about him, especially in the tabloids. I saw the effect that had on him and his constituents.”

“That’s how I became interested in journalism. I did a BBC traineeship but in order to get onto that I did a lot of voluntary work for my local radio and TV station.”

She added, “I am based in the Midlands. I think it is really important to think about regional journalism and represent people outside London.”

In 2018, Darshna revealed that she was battling breast cancer. She took to twitter on January 8, 2018 to praise NHS staff at Nottingham University Hospital for the “fantastic treatment” she had received.

Lots of debate about #NHS crisis. Have to say, I’ve received fantastic treatment for recently-diagnosed breast cancer at @nottmhospitals over last few weeks, big up all the nurses and staff; pic.twitter.com/hEkrDXHDTl

Darshna Soni Salary and Net Worth