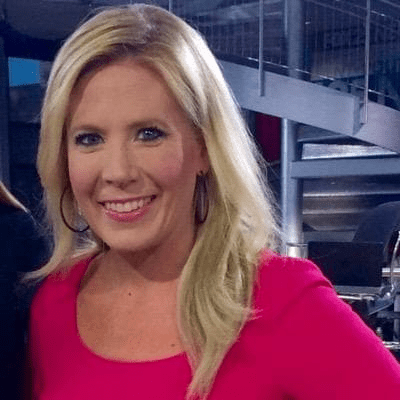 Hegedus was born on September 3, 1978, in Lynnfield, Massachusetts, United States making her 45 years old as of 2023.

Heather attended Lynnfield high school from 1992 – 1996. While there, she was a trolley tour guide in historic Salem. She also beat out high school students from across the state and won the title of Massachusetts State Debate Champion.

Heather is the daughter of Beverly Hegedus and Jordan Hegedus. Her parents still live in her hometown, Lynnfield. She was born and raised in Lynnfield, Mass, on the North Shore alongside her sister Ashleigh Hegedus who now lives in Boston.

Hegedus is happily married to her husband Tom McNamee, an I-Team/Special Projects Photographer at WBZ | CBS Boston. The couple tied the knot on July 7, 2013, in New London, New Hampshire after dating for years. They first met at WFSB-TV in 2007 when Hegedus joined the station as an anchor and reporter while Tom was already working there first as an assignment editor and later as a photojournalist.

The couple is blessed with two kids, a boy, and a girl. Their son Brooks William was born in June 2016 and he has autism. They also have a daughter born in May 2021.

Hegedus’ personal experience with her son who has autism has led to her becoming an advocate for special needs families. She is a frequent guest speaker and emcee for autism charities, schools, and family support organizations. She also wrote and produced a half-hour special on Boston 25 about the waitlists and challenges facing autism families and the research happening in Boston to learn more about the disorder and what causes it. The special was nominated for an Emmy Award.

Heather has covered some of the area’s biggest stories including the 2013 Boston Marathon bombings, the trial of organized crime boss Whitey Bulger, and the arrest and trial of Patriots player Aaron Hernandez. She reported live from the Boston Marathon bombings minutes after the blasts went off. She also covered every step of the investigation and was live on the anchor desk, and later, on the ground during the manhunt and shootout with the suspects in Watertown.

Prior to joining Boston 25, Heather was an anchor/reporter at WFSB in Hartford, Connecticut. While working there in 2011, she won the Associated Press and Society of Professional Journalists awards for breaking news, general assignment reporting, and investigative reporting. She was also the first anchor to live go on air, and later anchor from the scene, of a power plant explosion that took the lives of six workers.

Heather started her career at WIVT in Binghamton, NY, and later at WSYR in Syracuse, where she was part of breaking news coverage honored with an Edward R. Murrow award.