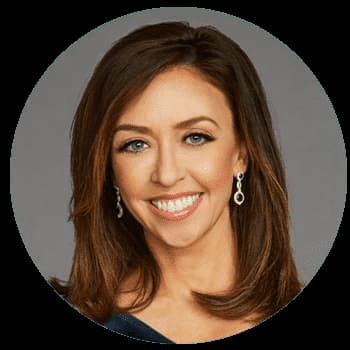 Monahan graduated from the University of Maine with a B.A. in Broadcast Journalism in 1994. She went on to graduate from Mississippi State University’s Broadcast Meteorology program.

A Newton native, J. C. is the daughter of George and Claire. She was raised alongside her sister. However, there isn’t much information about her.

The couple divorced in 2017 after more than 15 years of marriage. However, they are sharing custody of their two daughters.

J. C. is an Emmy award-winning journalist with more than 25 years of experience. She is also an AMS-sealed meteorologist.

In 2001 J. C. began as a weekend Meteorologist for WCVB-TV 5. After 10 years of forecasting for the weekday EyeOpener, J. C. was promoted to co-anchor of Chronicle, the station’s evening magazine show, where she earned both a regional Edward R. Murrow award and a Gracie award. She was also WCVB’s evening news anchor. During this time, she covered the Boston Marathon tragedy, co-hosting a one-hour special on the first anniversary and helping develop a live special for the Boston Strong concert.

In 2017, J. C. came to the Boston NBC and Telemundo stations as News Anchor for NBC10 Boston, an NBCUniversal Owned Station. In her time at NBC10 Boston, J. C. has reported from all regions of New England and beyond. Notable events include the Super Bowl in Minnesota, and she spent a month in South Korea covering the Winter Olympics on NBC.

J. C. has received recognition for her outspoken advocacy for Mental Health. By “Breaking Her Silence,” she has given a much-needed voice to the local community still struggling.