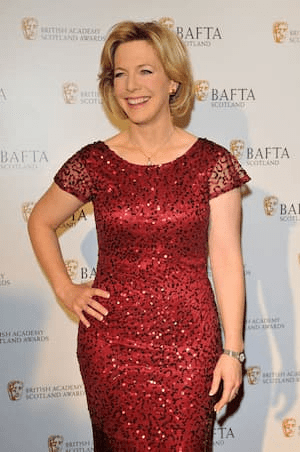 Irvine graduated from Hermitage Academy in Helensburgh. She also earned a Master’s in History of Arts from the University of St. Andrews. At the University, she competed in golf, netball, and athletics. In her final year, Irvine was a Senior Student at Hamilton Hall.

Born in St Andrews, Hazel is the daughter of Bill Irvine and Norma Irvine. In 2019 during an interview, she said, “I had a very happy childhood doing sports and outdoors stuff. My dad, Bill, made this half-size snooker table for my brother and me as kids, and Mum crocheted the pockets!”

Her mother was a musician and music teacher. “I listened to her pupils playing the miniature Hohner piano accordion and began to play it by ear when I was only two, and I can still play some Scottish country dance music on this. I went on to learn piano and violin,” she added.

Hazel has been playing golf since she was nine years. She also has a brother however, not much is known about him.

In her teens, her grandmother, who was a secretary, bought her a Silver Reed typewriter and a teach-yourself-typing book.

Her parents still live in Scotland.

Irvine has been married to her husband since 2008. The couple tied the knot in a private ceremony in Scotland.

In 2009, they welcomed their daughter Gina. The family used to live in Scotland, but most recently moved to London.

Irvine is a sports presenter. She joined the BBC in 1990, working as a presenter on BBC Scotland’s Sportscene programme. On June 19, 1993, she became the youngest-ever presenter of the BBC’s flagship sports programme Grandstand. She also anchored BBC Scotland’s coverage of Children in Need for ten years. In 1994, Irvine co-hosted the BBC’s Hogmanay Live, and in 1995 she introduced coverage of the FIFA Women’s World Cup and began reporting for Football Focus.

Irvine has presented for the BBC at every Summer Olympics since Barcelona 1992, as well as five Winter Olympics and four FIFA World Cup tournaments. In December 1996, she became the lead presenter of Ski Sunday, initially with Julian Tutt, but then alone from 1997. She is also a regular presenter of the Triple Crown snooker tournaments (the World Snooker Championship, the Masters, and the UK Championship) and has regularly presented the sports news on major BBC evening news bulletins, as well as reporting on events such as Wimbledon and the London Marathon.

She covered golf for the BBC as a reporter and presenter for 25 years, finishing with her Master’s in April 2017. She also presented the 2019 Netball World Cup from Liverpool for the BBC.

Irvine began her broadcasting career in radio, before moving to work for Scottish Television in 1988 as a continuity announcer and latterly, as a sports reporter/presenter. This led to slots on the national ITV network co-presenting coverage of the 1988 Olympics alongside Dickie Davies and presenting reports from the Scotland football team’s training camp at the 1990 World Cup.

She earns an average salary of $42K per year.