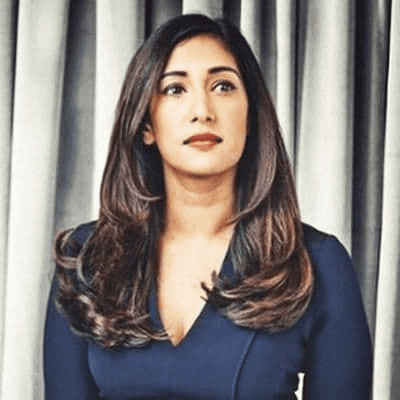 Tina Daheley is a media personality working as a presenter for Radio 2 Breakfast Show alongside Zoe Ball. She is also a relief presenter on the BBC News at Six and BBC News at Ten. Additionally, Tina hosts The Cultural Frontline, her own weekly global arts programme on the BBC World Service.

She is a British national. She also comes from a Sikh family.

Daheley studied at The Ellen Wilkinson School for Girls in Ealing. She also earned a degree in Computer Science from Brunel University and a Master’s degree in Journalism from the University of Leeds.

Daheley is the daughter of Parminder Daheley and Charanjit Daheley. She is from a Sikh family and was brought up in Perivale, West London. Her parents are first-generation immigrant of Indian heritage. They grew up in Nairobi and Tanzania. Her father works as a MOT Tester for Barnet council.

Previously, Tina confessed how she had to work even harder than her peers to get to where she is. She also added that her parents supported her and encouraged her to work hard.

She has a brother called Jagdeep. In her Twitter account she posted that her neighbours changed her parents and brother’s name.

Not just employers – my neighbours changed my parents and brother’s names from: Parminder, Charanjit and Jagdeep to: Phillip, Angie and Jack. Lucky for me Tina was easy enough to pronounce. pic.twitter.com/zvHt2Va7wj

Daheley is engaged to her fiancé Kane William-Smith. She confirmed her engagement to Kane on January 7, 2018, sharing a photo of her beautiful diamond ring on Instagram. Alongside she wrote, “07.01.18 Making plans for the rest of our lives.”

Kane is the founder of Joke Pit, The Comedy Box Office. They met in Ibiza, Spain. Tina was on Girl’s trip, a trip she won when working with Chris Moyles on Radio 1 while Kane was on a family vacation.

On April 26, 2021, Tina gave birth to her first child. She shared the news on her Twitter account with a caption, “Head over heels in love with our beautiful baby girl.”

Head over heels in love with our beautiful baby girl ❤️ pic.twitter.com/FwlW4Jof5r

Previously, Daheley announced her pregnancy on Instagram alongside a picture of her baby bump.

She wrote: “Some exciting news to share! Beyond thrilled to be welcoming a new addition to our family in Spring 2021. Thank you @bbcradio2 family for all your lovely messages this morning.”

Daheley joined BBC in 2007 and she is a regular face on television, presenting Breakfast News on BBC One along with regular slots on the prolific BBC News at six as well as the BBC News at ten . She regularly presents Woman’s Hour on Radio 4, and also manages to fit in hosting The Cultural Frontline, her own weekly global arts programme on the BBC World Service.

Additionally, Tina presents Breakfast Show on BBC Radio 2. The Show airs from 06.30 – 09.30 on Mon – Fri and it is hosted by Zoe Ball. The very same week that the show launched in 2019, Tina could also be seen presenting the BBC One Primetime Panorama: Takeaway Secrets Exposed.

Previously, she was best known for hosting the news and sport to nearly 6 million listeners every week on BBC’s Radio 1 Breakfast Show from 2012 to 2018 alongside Nick Grimshaw. In 2012, she hosted Free Speech for BBC3 alongside Rick Edwards.

More and more Tina is being asked to co-host major BBC event coverage, such as the Royal Wedding of the Duke and Duchess of Sussex in May 2018 and she was one of the lead presenters for BBC News during the 2017 and 2015 General Election Campaigns and the EU Referendum, hosting The Final Election Debate on BBC One and leader interviews on BBC Two, Radio 1 Newsbeat and The BBC News Channel.

Tina Daheley Salary and Net Worth