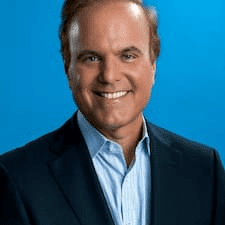 David Goldstein is a media personality serving as an Investigative reporter at CBS2/KCAL 9 TV in Los Angeles. Previously, he was a reporter at WCBS-TV in New York.

Despite being a media personality, he has managed to keep his personal life away from the limelight. Therefore, he has not disclosed information concerning the date, month, or year he was born.

Goldstein is American by Nationality.

Having grown up in the suburbs of New York City, he graduated from George Washington University with a degree in Journalism and Broadcasting.

Due to his secretive nature on matters concerning his personal life he has not revealed information about his parents’ and siblings’ identities.

Goldstein is currently married to his wife Dorothy Lucie, an entertainment reporter who formerly co-hosted Good Day LA, the morning news program in Los Angeles. The couple tied the knot in 1993 in a colorful wedding attended by family and friends. They are blessed with one son by the name of Nash who is their source of strength and happiness.

Investigative Reporter David has been honored with the 2015 Lifetime Achievement Award from the Radio and Television News Association of Southern California and the 2013 Lifetime Achievement Award from the Los Angeles Press Club. In his more than three decades of reporting in L.A., David has won more than ten Emmy Awards and twenty Golden Mike Awards.

He was a founding member of KCAL’s primetime newscast, having joined the station in 1989. Prior to that, he was a reporter at WCBS-TV in New York and has also worked as an investigative reporter in Miami.

His report on DWP workers drinking on the job and going to strip clubs prompted action by the department. An L.A. city official resigned after his investigation alleged her husband may have gotten favors from the police department. City traffic officers were fired or suspended after David’s undercover investigation showed they were wasting time and spending time at home instead of working. The list goes on.

In his spare time, he likes to jog, play tennis and spend time with his family.