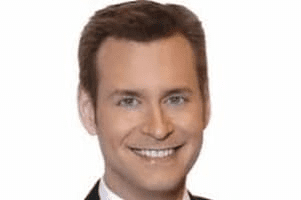 Ross Palombo is an American media personality and an Award-winning journalist at CBS LA. Previously, he was a White House correspondent and Washington, DC, Bureau Chief for WPLG.

Palombo’s age is unknown. He hasn’t also revealed when and where he was born.

Palombo graduated from the University of Missouri-Columbia with a Bachelor’s degree in Journalism in 1991.

There is no information about his family background, parents’ identities, and siblings. Therefore, it is not clear whether he has siblings or not.

Despite being a media personality Ross has managed to keep his marital status away from the limelight. Therefore, it is not clear whether he is married, single, or in a relationship.

Palombo is an Award-winning journalist at CBS LA. He returned to CBS LA after covering the biggest stories of the past decade across the country.

Most recently, Palombo was a member of the White House press corps covering the Trump administration, while serving as a Washington, DC, Bureau Chief. While there, he covered every aspect of Donald Trump’s two historic impeachments, from both inside the White House and at each of the Senate trials. He was also inside the Capitol and reported live during the January 6th, 2021, attack.

During day-to-day coverage of the presidency, Palombo also reported from ground zero of the COVID-19 Crisis, extensively covered the Russia Investigation, and reported on the subsequent election and inauguration of President Joe Biden. His coverage of the political response to the Stoneman Douglass Massacre earned him an Emmy Award in 2018.

Prior to that, Palombo served as a Political Analyst, Chief Investigative Reporter, and evening Anchor at KTVU in San Francisco. While there, he covered the 2016 race for the White House along the campaign trail, from the Iowa Caucuses to the Republican and Democratic National Conventions, to the inauguration of the 45th president. His investigative stories in California uncovered a jail healthcare crisis involving dead and injured inmates, a major financial scandal in public transportation, and a statewide traffic problem threatening the safety of millions of people.

Before San Francisco, Palombo gained national attention with his investigative reporting in Miami, Florida. His work there earned him nine Emmy Awards, not only for his investigations, but for his extensive reporting of local politics and government, breaking news, and coverage of crime and punishment.

Palombo also served as a lead reporter covering countless tropical storms and hurricanes, including Hurricane Sandy. He also traveled the country for several major stories, including the Sandy Hook Elementary School Shooting, the Ferguson Unrest, the Baltimore Riots, and the Supreme Court decision on gay marriage. In Florida, Palombo was the first journalist live to bring viewers to see the first gay marriage, just moments after it became legal.

He came to Miami after first making history himself anchoring the country’s first national newscast covering LGBTQ+ issues for CBS News. At New York’s network headquarters, he also anchored the overnight news, Up to the Minute, and The CBS Morning News. Palombo also reported from Wall Street for MoneyWatch. He traveled the country reporting on several major stories including the Financial Crisis of 2008 and the passage of Proposition 8 in California, which temporarily overturned gay marriage across the state.

Palombo came to CBS News from the CBS station in San Antonio, Texas, KENS. Before that, he also reported for KCBS and KCAL.

In addition to his work for CBS, Palombo has also anchored, covered politics, and had investigative roles at KRON in San Francisco, KNXV in Phoenix, and WHBQ in Memphis. He has also been an active member of the White House Correspondents’ Association, IRE, NLGJA, and on the Board of Governors for the National Academy of Television Arts & Sciences.

When not on set or in the field reporting, you can find Palombo at the beach, at the gym, working on his house and garden, or with his notorious blue Weimaraner, Titan.

Ross Palombo Salary and Net Worth