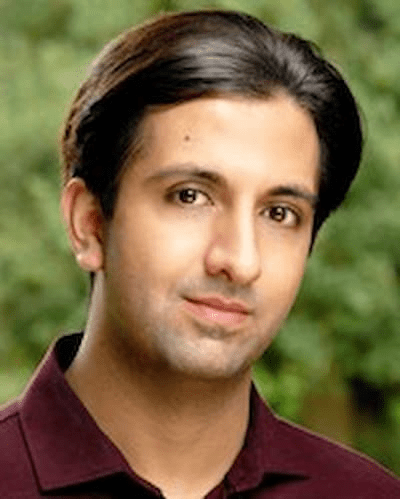 Chetan Pathak is a Broadcast Journalist and TV Presenter working for BBC. He is also a voiceover artist, narrating audiobooks for Amazon Audible and the RNIB. Additionally, he works as a communication and presentation skills trainer.

Pathak is around 30 – 40 years old. He was born in London, England. However, his birthday is unknown.

Pathak’s parents are of Indian Gujarati origin. They came to Britain from Uganda and ran a post office and shop. However, there is no information on whether he has siblings or not.

Despite being a media personality, Chetan has managed to keep his personal life away from the limelight. Therefore, it is not known whether he is married, single, or in a relationship.

Pathak is a broadcast journalist and TV presenter. He can be seen on the BBC News Channel, the Six O’clock and Ten O’clock News on BBC One, and on BBC World TV where he presents TV bulletins and programmes for BBC Sport. Prior to that, his extensive work as a Broadcast Journalist across TV and radio saw him present and report on Look North, Look East, BBC London, Asian Network, Radio 4 and 5 Live.

Chetan’s self-titled programme at BBC Three Counties Radio won a Gillard Award in 2014, he was nominated for a Radio Academy Award that year too whilst his more recent TV presenting work saw him named as one of the winners at the Asian Sports List 2020.

Chetan has also worked for the Indian broadcaster Zee TV in London. Whilst there he hosted a live news and current affairs chat show and created a documentary series exploring his own spirituality and the meaning behind Hindu practices and festivals – as well as those of other world faiths.

Back in 2010, Chetan took a year away from the BBC after getting a scholarship to train at The Oxford School of Drama and his acting work includes roles in Holby City, Stella, the comedy series Porters, and the U.S drama Berlin Station. As a voiceover artist, Chetan narrates audiobooks for Amazon Audible and the RNIB. His most recent audiobook Kika and Me currently has over a hundred five-star reviews on Audible.

When he’s not doing all of that Chetan is a lifelong Liverpool fan and finally managed to cover them winning the Premier League in 2020!

Chetan Pathak Salary and Net Worth