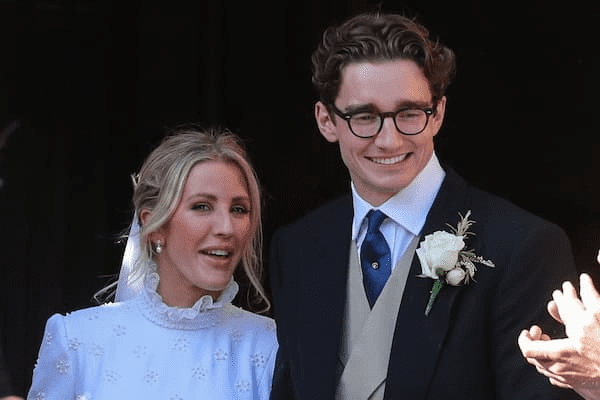 Caspar Jopling is an art dealer and he works at Sotheby’s in strategy and Contemporary Art. He is also the husband of the British singer and songwriter, Ellie Goulding.

Jopling studied at Eton college. At Eton, he was the vice-captain of the college’s Boat Club and the secretary of the Eton College History of Art Society. He also graduated with a degree in Art History from Harvard University. While at Harvard, he was a member of the Varsity Men’s Heavyweight Crew (Harvard Heavies) and the director and editor of Harvard Student Agencies Video. He was also a social chair of the Harvard College British Club and a member of The Hasty Pudding Club, a social club for Harvard students. In addition, he briefly joined the London Film Academy to learn the craft of cinematography, film and video production.

In 2010, Caspar participated in the Youth Olympic Games held in Singapore as a boat rower, representing Team Great Britain. He is currently studying for an MBA at Oxford.

He is the son of Hon Nicholas Jopling and Jayne Warde-Aldam and he has a stepfather called Charles Andrew Warde-Aldam. His grandfather, Michael Jopling is a former MP and he served as a deputy lieutenant of North Yorkshire while his father is from a family of farmers in the Thirsk area. In addition, his uncle is Jay Jopling, a celebrity in the art world and the founder of renowned gallery White Cube.

His parents have aristocratic ties as the family owns Frickley Hall – a Grade II listed building dating back to 1760 and the “Warde-Aldam family seat” according to Yorkshire Post. The Yorkshire Post also reported that his family is popular in equestrian circles and host a tournament called the Frickley Horse Trials.

Jopling has three sisters though their names are unknown.

Jopling married Ellie Goulding on August 31, 2019 in York Minster. Ellie is a singer and a songwriter. Among the guests in attendance were, Sarah, Duchess of York and her daughters, Princess Beatrice and Princess Eugenie. Princess Eugenie’s husband was also present and was one of the groomsmen. A reception was held afterwards at Castle Howard.

Jopling and Goulding first met in 2016 at a dinner party organised by a mutual friend and they started dating in 2017. On August 7, 2018, he announced that he and Goulding were engaged when he shared an image of Goulding flashing a striking ring. He wrote, “I get to spend the rest of my life with this truly extraordinary and beautiful, beautiful person. No one has ever made me feel more full of life, knowledge, happiness, or love. Hope, passion, confidence, and more love.”

Their engagement was also announced traditionally with a newspaper announcement in The Times, which read, “Mr. C.W.F. Jopling and Miss E.J. Goulding. The engagement is announced between Caspar, son of The Hon Nicholas Jopling of Yorkshire and Mrs. Jayne Warde-Aldam of Yorkshire, and Elena, daughter of Mr. Arthur Goulding of Hertfordshire and Mrs. Tracey Sumner of West Midlands.”

He has a son with his wife Goulding. Their son, Arthur Ever Winter Jopling was born on April 29, 2021.

He has an estimated net worth of $8 million.