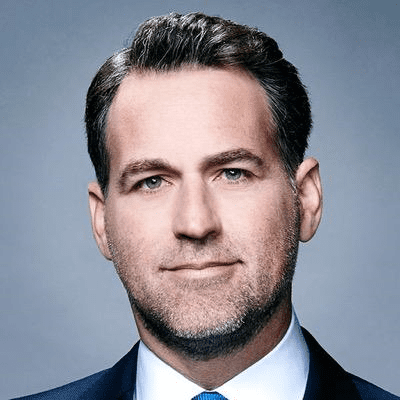 Dan Simon is a television personality serving as a CNN correspondent based in San Francisco. He joined the network in 2005. Previously he was a Los Angeles-based correspondent and producer for Warner Brother’s Celebrity Justice.

He was born in San Francisco, California, United States though his exact age is unknown.

Simon earned a Bachelor of Arts degree in American history and Communications from the University of Pennsylvania.

He has managed to keep his family out of the limelight. It is therefore not clear whether he has siblings or not. In addition his parents names are unknown.

He is a married man though his wife is unknown. The reporter was surprised when his photo popped up on Match.com. On April 5, 2021 he posted on his Instagram account wishing his partner a happy anniversary.

Simon is a correspondent for CNN based in San Francisco. Since joining the network in 2005, he has covered a broad range of stories, including Hurricane Katrina, the historic 2008 Presidential election, the death of Steve Jobs, the kidnapping of Jaycee Dugard, Asiana Flight 214 (crash in San Francisco), and the global Ebola epidemic.

He has also provided the network with in-depth coverage on a host of important issues, including a series of stories for Anderson Cooper 360 on the so called Lost Boys, young men abandoned by their families in Utah and Arizona for not adhering to the strict tenets of the Fundamentalist Church of Jesus Christ of Latter Day Saints. He has also filed numerous reports on the issue of same sex marriage and the landmark Prop. 8 Case in California.

With his proximity to Silicon Valley, Simon also provides tech coverage for the network. He profiled Uber when the San Francisco company launched with just a couple of drivers. He has interviewed industry leaders such as Facebook CEO Mark Zuckerberg, Twitter Co-Founder Jack Dorsey and Amazon CEO Jeff Bezos.

Before joining CNN, Simon was a Los Angeles-based correspondent and producer for Warner Brother’s Celebrity Justice. His coverage of high-profile court cases involving the likes of Michael Jackson, Robert Blake and Kobe Bryant, led him to guest appearances on CNN, FOX News, NBC’s The Today Show and the nationally syndicated Dr. Phil. In addition, Simon was a reporter for KSAZ in Phoenix where he won seven local Emmy awards and a first place Associated Press award for his investigative reporting.

Simon also worked as a reporter for WWL-TV in New Orleans and KMTV-TV and KPTM-TV in Omaha, Neb.