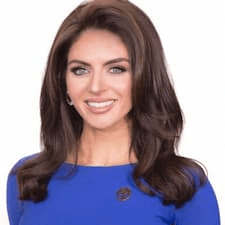 Brianna Ruffalo is a media personality serving as a meteorologist and reporter for ABC7 in Los Angeles. Previously, she was an Emmy-nominated Special Projects producer at KTLA in Los Angeles.

She completed high school in her hometown and then moved to California State University where she graduated with a bachelor’s degree in  Broadcast Journalism and she worked as a journalist on her school journalism team.

Additionally, she completed meteorology school at Mississippi State where she earned her second degree.

Brianna grew up in Southern California’s Santa Clarita Valley. She grew up in a middle-class family. Her father a homicide detective at LAPD is a Ruffalo motivation. Her brother Edward is a firefighter. She has a decent Italian descent. However, she has not talked about her mother to the public.

Despite being a media personality, she has managed to keep her personal life secret. Therefore she has not disclosed any information concerning her marital status. However, she is often sported in withWill Carr in public but the relationship is yet to be confirmed.

Brianna is a meteorologist and reporter for ABC7 in Los Angeles.

She joined ABC7 after working at sister station ABC30 since March 2017.

Prior to that, Brianna worked as an Emmy-nominated Special Projects producer at KTLA in Los Angeles. During her time there, she covered investigative, health, and money stories. She also co-produced shows for Tribune Broadcasting, including their first documentary in 2016, where she spent time in Missouri covering current veteran issues with one of only five United States soldiers to survive the wars in Iraq and Afghanistan as a quadruple amputee.