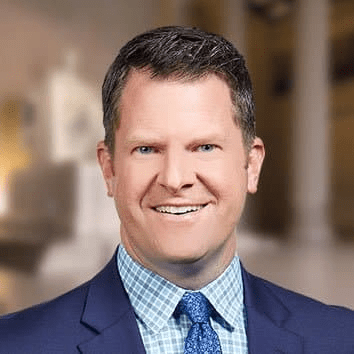 Blair Miller is a media personality serving as a weekday news anchor and reporter for Cox Media Group Washington News Bureau. Previously, he was a weeknight anchor in Boston.

Miller is around 46 years old as of 2022. He was born in Colombia. However, his birthday is unknown.

Blair is a husband and a father of three boys. He lives in Northern Virginia with his husband, Johnathon Bobbitt-Miller along with their three adopted boys and boxer dog, Laguna.

The couple adopted their youngest son, Jamison, through the Massachusetts Department of Children and Families.
Jamison is the biological brother of the girl, recently reported missing in New Hampshire, identified by Manchester Police as Harmony Montgomery.

Blair told anchor Kerry Kavanaugh Jamison often asks about his sister. He said his family has unsuccessfully tried to reach Harmony since adopting Jamison in November 2019.

Harmony would now be 7, about 4 feet tall, 50 pounds, with blond hair, blue eyes, and glasses, police said. She is blind in her right eye.

Blair added he inquired with DCF about possibly adopting Harmony as well. He says a caseworker told him then Harmony had been reunited with her father.

Manchester Police said they received a report that Harmony had not been seen since October 2019.

Blair is a news anchor and reporter. He can be seen on weekdays covering news from Washington, D.C. Prior to joining the Washington Bureau, Blair was a weeknight anchor in Boston. He covered the 2016 Presidential election extensively, reporting from both political conventions and traveling across the country to report live from the Presidential Debates and primaries. Blair regularly reports from the White House and Capitol, covering President Biden.

Recently, Blair produced and anchored primetime programs, “Boston’s Bravest” which focused on occupational cancer in the fire service, and the Emmy Award-winning “Deep Sea Drug War” which took Blair to the Pacific Ocean with the US Coast Guard to see their crackdown on major drug cartels. He also recently appeared as a guest on the Dr. Oz show and was invited to the White House to talk about his reporting in “Boston’s Bravest.”

Prior to being in Boston, Blair was a main evening anchor in Charlotte, North Carolina. Blair’s reporting has taken him to the scene of major news stories including the Boston Marathon Bombings, the Virginia Tech Shootings, and the Super Bowl. In addition to covering live breaking news events, he has traveled the world with the US Military reporting from Afghanistan, Sarajevo, Bosnia, and Ramstein, Germany. Blair has also landed numerous exclusive interviews with newsmakers including Presidents and political candidates.

Blair has received many honors for his reporting and anchoring including seven Emmy awards. He has been honored extensively by local fire departments for his coverage of “Boston’s Bravest.” He was also named Anchor of the Year by the North Carolina Association of Broadcasters.

Blair recently joined the Board of Directors of the Dave Thomas Foundation for Adoption, a charity for Wendy’s that focuses on helping foster care find families across the United States and Canada. It’s a passion that hits close home for Blair, considering he and his husband adopted their three children. Blair also sits on the Board of Directors for the Rescue Ranch in Statesville, NC, a non-profit foundation by NASCAR driver Ryan Newman and his wife, Krissie to help improve the lives of animals and educate the public.