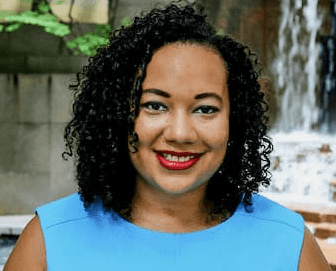 Kirstin Garriss is a media personality serving as a Washington DC Correspondent for Cox Media Group. She joined the CMG Washington, D.C Bureau in August 2021. Previously, she was an Investigative Reporter at WHBQ FOX13 Memphis.

Garriss graduated from the University of North Carolina at Chapel Hill with a BA in Journalism and Electronic Communications with a double minor in History and Spanish in 2011.

Kirstin grew up in Raleigh, NC. However, there is no information about her parents. She hasn’t also revealed whether she has siblings or not.

Despite being a media personality, Kirstin has managed to keep her marital status away from the limelight. Therefore, it is not clear whether she is married, single, or in a relationship. She hasn’t also revealed whether she has kids or not.

Kirstin Garriss is an award-winning journalist working as a Washington DC Correspondent for Cox Media Group, which covers Congress and the White House for more than a dozen local TV stations across the country. She joined the CMG Washington, D.C Bureau in August 2021.

Previously, Kirstin was an investigative reporter at FOX13 Memphis (WHBQ) where she covered breaking news and politics along with investigative and enterprise reporting. Kirstin walked miles with protesters following the death of George Floyd and covered the police reform changes that followed. She also won a 2021 Regional Murrow Award for her two-part series, “Black in America: Generational Pain and Healing” highlighting the experiences of four generations of Memphis men about racial inequity.

Kirstin also worked in Hagerstown, MD at WDVM (formerly WHAG-TV), where she covered the Maryland General Assembly, and at NPR and NBC News in Washington, D.C. Kirstin is also a 2021 Gracies Award winner, a national honor from the Alliance for Women in Media Foundation recognizing women in the media industry. She’s also a member of the National Association of Black Journalists (NABJ) and Investigative Reporters & Editors (IRE).