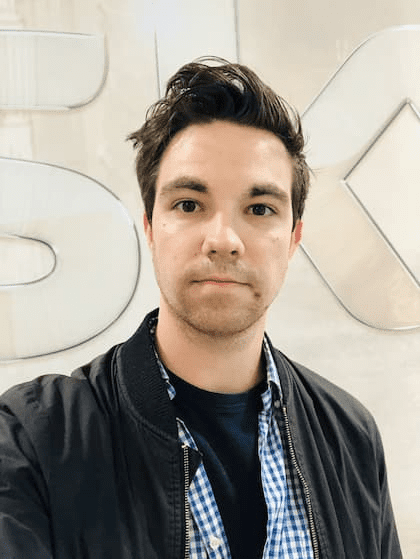 Aubrey Allegretti is a media personality serving as a political correspondent for the Guardian. He is also a trustee for the Student Publication Association. Previously, he was a political reporter at Sky News.

Allegretti is in his 30s. However, his birthday is unknown.

Allegretti is British by nationality.

Allegretti graduated from the University of Sussex with a Bachelor of Arts in Politics in 2014. At the University, he was the News Editor and editor-in-chief of the university’s campus newspaper The Badger. He was also elected as the student union media development officer.

In addition, he completed his Journalism Diploma in 2014 at Brighton Journalist Works.

Aubrey hasn’t revealed much information about his parents. However, on September 2, 2021, he tweeted: “Finally reunited with my dad in Dubai after 17 months – pictured with him this week having lunch onboard the QE2.”

In 2020, he also mentioned that he stumbled across a diary his parents kept for him when he was 1.

Finally reunited with my dad in Dubai after 17 months – pictured with him this week having lunch on board the QE2 ?

Despite being a media personality Aubrey has managed to keep his personal life away from the limelight. Therefore, it is unknown whether he is married, single, or in a relationship.

Allegretti is a political correspondent for The Guardian’s lobby team who has filed from Westminster, Brussels, and Washington DC. He also provides analysis for BBC News/ Breakfast, Sky News, Times Radio, and LBC.  Previously, he was a political reporter based in Westminster for Sky News until February 2021. He covered the twists and turns of politics from parliament and reported on the Brexit saga from Brussels and the 2020 US election from Washington DC.

In his spare time, Allegretti is a trustee for the Student Publication Association, a charity that he helped build that supports, trains, and awards student journalists. He was also with HuffPost for more than 2 years, joining as a news reporter and then serving as a political reporter. He was also a political researcher at The Times and has served as editor-in-chief of The Badger newspaper. In addition, he was a party conference reporter at Dods Group PLC.

Aubrey Allegretti Salary and Net Worth