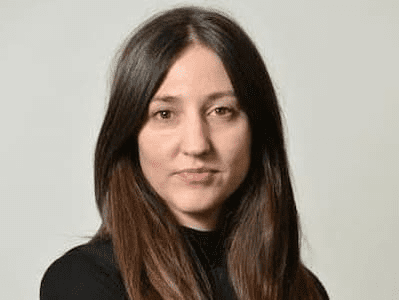 Bates is around 35 – 45 years old. However, her birthday is unknown.

Bates is English by nationality.

Bates holds an undergraduate degree in Economics and M.A. in Political Journalism from City.

She went to the university to study Medicine. However, after studying Medicine for a while she dropped it and ended up doing Economics.

Bates is from Rotherham however there isn’t much information about her family. During an interview, she said, “I went to uni and studied Medicine for a little bit, which my parents were very pleased with and then not very pleased when I dropped it. I ended up doing Economics and then I went into economic research.”

Despite being a media personality, Liz has managed to keep her personal life away from the limelight. It is therefore not known whether she is married, single, or in a relationship.

She hasn’t also disclosed whether she has children or not.

Bates is a political correspondent for Sky News. She joined Sky News in 2022, covering the latest political news from Westminster and across the UK.

Before that, Bates was a political correspondent for Channel 4 News. She was appointed in July 2019 to replace Michael Crick who left the broadcaster.

Prior to joining Channel 4 News, Bates was a Westminster correspondent for the Yorkshire Post, part of JPI Media. She also worked for Politics Home and as a communications officer for Labour MP John Healey.

Originally from Rotherham, Bates said she hopes her background will enable her “to reach out beyond the Westminster bubble and deliver political coverage that is authentic and relevant”.

Bates scooped her rival lobby journalists, the cohort of reporters based in Parliament with a video of Labour MP Chris Williamson telling a Momentum meeting that Labour had been “too apologetic” about the anti-Semitism claims tearing through its ranks. The story, which ran as an exclusive in the Post, led to his suspension by Jeremy Corbyn’s party.

Liz Bates Salary and Net Worth