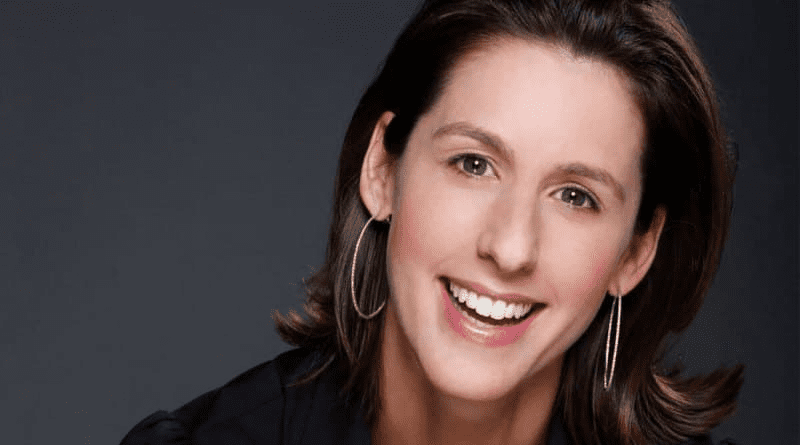 She is 5 feet 8 inches tall. She also weighs around 60kgs.

Gollust is of American nationality.

She received a Bachelor’s degree in Broadcast Journalism from the University of Colorado.

Gollust hails from Denver, Colorado. However, there is no information about her parents. She hasn’t also disclosed whether she has siblings or not.

Allison was previously married to Billy Hult, the president of Tradeweb. Tradeweb is an International financial services company. The company has a rich history of fintech innovation in fixed-income and derivatives markets and a rapidly expanding equity business.

Hult and Allison filed for divorce in 2015 and the case was settled in 2017, according to court records. They also have two daughters together, Olivia and Ava.

Allison and Jeff have been in a consensual relationship. Jeff is an American media executive. Between January 2013 and February 2022, he was the president of CNN Worldwide.

On February 2, 2022, Jeff resigned as the president of CNN after acknowledging that he had failed to disclose a romantic relationship with another senior executive at the network (Allison Gollust).

He wrote in a memo that his relationship had come up during an internal investigation into the conduct of Chris Cuomo, the CNN anchor who was fired in December over his involvement in the political affairs of his brother, former Gov. Andrew M. Cuomo of New York.

“I was asked about a consensual relationship with my closest colleague, someone I have worked with for more than 20 years,” Mr. Zucker wrote. “I acknowledged the relationship evolved in recent years. I was required to disclose it when it began but I didn’t. I was wrong.”

However, Allison wrote: “Jeff and I have been close friends and professional partners for over 20 years. Recently, our relationship changed during Covid. I regret that we didn’t disclose it at the right time.”

Soledad O’Brien, a former CNN anchor, wrote on Twitter Wednesday that Gollust and Zucker’s relationship was “an open secret.”

The two top CNN leaders are both divorced from their partners. Jeff and his ex-wife, Caryn Stephanie Nathanson divorced in 2019 while Allison and Billy Hult finalized their divorce in 2017.

Gollust is an Executive Vice President and Chief Marketing Officer for CNN Worldwide. She has oversight of all communications, messaging, and marketing strategy and execution on behalf of the portfolio of CNN networks and businesses, which includes CNN/U.S., HLN, CNN’s digital platforms, and Great Big Story, as well as domestic operations of CNN International and CNN en Español.

Before that, she was executive vice president of corporate communications for NBC Universal, where she oversaw all aspects of the company’s global communications efforts. She started at NBC in the Corporate Communications group in 1996 and was named senior publicist for Today in 1997. With successive promotions, Gollust added responsibility for communications efforts supporting NBC News, MSNBC, CNBC, and The Weather Channel, and signature programs including NBC Nightly News, Dateline and Meet the Press.

Gollust began her career as a news anchor, reporter, and producer in Denver.

Gollust was selected by the former New York Governor, Andrew Cuomo, in 2012 to serve as his communications director. She previously was the executive vice president of corporate communications at NBC Universal alongside Jeff Zucker who was the chief executor at the time. When she moved on from NBC, it was to work with Andrew Cuomo.

In a statement in October 2012, Cuomo described Gollust as “a consummate professional who has a wealth of experience in communications and management.

“Her extraordinary work ethic, intellect, and dedication will be essential to this position, and I look forward to working with her.”

However, Gollust’s position working for Cuomo lasted for one year before she was hired by the former President of CNN and her previous colleague at NBC, Jeff Zucker.