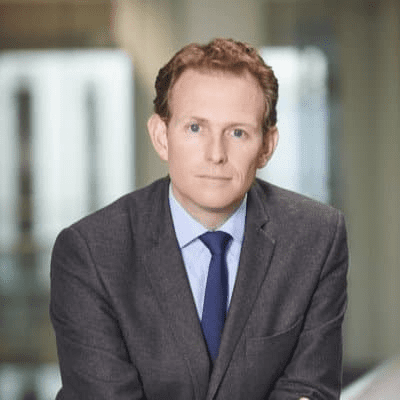 Dan Rivers is a media personality serving as a News Correspondent for ITV News based in the UK. Previously, he was CNN’s Senior Correspondent based in London.

Rivers is British by nationality.

Dan attended Beechen Cliff School, a boys’ state comprehensive school in the city of Bath in Somerset in South West England. He also graduated from Durham University with a Bachelor of Arts in Social Sciences in 1995. Additionally, he obtained a Post Graduate Diploma in Broadcast Journalism at Falmouth College of Arts in 1996.

Rivers is the only child of Dr. John Rivers, an eminent nutritionist who worked at the London School of Hygiene and Tropical Medicine carrying out pioneering work on famine relief in Ethiopia. His mother is a retired biochemist.

Despite being a media personality, Dan has managed to keep his personal life away from the limelight. Therefore, it is not known whether he is married, single, or in a relationship.

Rivers is a News Correspondent for ITV News based in the UK. Previously he was CNN’s Senior Correspondent based in London. He joined CNN in October 2010.

Prior to taking up the position at the London bureau, Rivers was based at CNN’s Bangkok bureau. While there, he covered news and business stories from across South East Asia for four years. He also reported on the 2010 political protests in the Thai capital and followed the Phnom Penh trial of former Khmer Rouge leaders, tracking down the chief interrogator of the S-21 prison camp, chronicling the atrocities committed, hearing from survivors, and unveiling allegations of corruption at the trial.

His exclusive investigation into the case of Rohingya refugees set adrift by the Thai navy made headlines around the world and led to him winning both an Amnesty International Media Award and a George Polk Award for International Television Reporting. He also gained exclusive and clandestine access to Myanmar to report on the devastating aftermath of Cyclone Nargis. Elsewhere he closely followed stories including the flooding in Pakistan in August 2010, the Yogyakarta earthquake, and the release from prison of controversial Muslim cleric Abu Bakar Ba’asyir.

Prior to joining CNN in 2006, Rivers was the Crime Correspondent for Britain’s ITV News. During his career at ITN, Rivers broke the story that a series of police blunders led to the mistaken shooting of Jean Charles de Menezes at a London underground station after the Brazilian was mistaken for a terrorist. Rivers’ report was subsequently nominated for a Royal Television Society Award in the UK.

In March 2003, Rivers was one of the ITV News team covering the War in Iraq as an embedded reporter with the Royal Navy, broadcasting live from a ship in the Gulf. He was first with a tip-off of the initial attacks on Baghdad and also filed exclusive reports on minesweeping operations off the coast of Iraq. During the three weeks after the fall of Baghdad, Rivers covered the unfolding humanitarian and aid problems in southern Iraq. Further international experience includes his coverage of the Asian Tsunami and the break-up of Yugoslavia.

Prior to joining ITN, Rivers worked for EuroNews in Lyons, France, where he reported on a variety of international news stories, including the fall of President Milosevic in Serbia.

Before that, he freelanced for London News Network (LNN) on ‘London Tonight’, producing reporting around the British capital. Rivers’ first job in journalism was as a journalist and newsreader on an independent local Radio station, Pirate FM.

Dan Rivers Salary and Net Worth