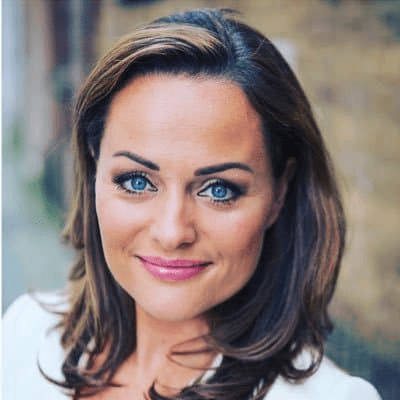 Victoria Fritz is a media personality serving as a business correspondent and presenter for BBC News and BBC World News. She also anchors The Briefing as well as presenting BBC Breakfast in the UK. She joined BBC in September 2008 as a business journalist.

Her nationality is British.

Her mother is an Irish while her father is English. The journalist and presenter comes from a mixed ethnic background. She also has siblings however very little information is available about them.

Fritz is married to Dan Fritz since 2011. Her husband is a writer and a barrister.

On November 16, 2016, Victoria made headlines after she went into labor five weeks early shortly after she had presented the day’s business news from BBC Breakfast’s Salford studios in Greater Manchester.

Fritz, whose husband was stuck in traffic on the M6 was helped by her fellow presenter Sally Nugent, who offered to be there until her husband come. She gave birth to her son, William Fritz at Manchester’s St Mary’s Hospital six hours later through a caesarean section. Because of the premature birth, William’s lung hadn’t developed properly. The baby developed breathing problems and spent two weeks in a high- dependency unit surrounded by tubes and wires.

The couple also welcomed their second born, a daughter. However, there is very little information about her.

Fritz is a business correspondent and presenter for BBC News and BBC World News. She also anchors The Briefing, a live news programme that broadcasts to 300 million people across the week. The show sets the day’s news agenda; debating the most important international stories with contributors from across the globe. Additionally, she presents BBC Breakfast in the UK.

Victoria joined the BBC in September 2008 as a business journalist covering the financial crisis from London and later from New York as North America business correspondent. She went on to launch the BBC’s flagship business programme, Business Live.

Fritz was the BBC’s first female transport Correspondent. She covered the global impact of a shifting transport landscape across business, politics and culture for programmes such as ‘Today’ on radio 4, ‘The Jeremy Vine Show’ on radio 2 and the ‘Six O’clock News’ and ‘Ten O’clock News covering areas such as the UK’s industrial strategy, the rail renationalization debate, social exclusion, air quality policy, aerospace, vehicles and of course, potholes.

Between May 2008 and September 2008, she worked for ‘breakingviews’, a financial commentary site that is now part of Reuters as a news editor.