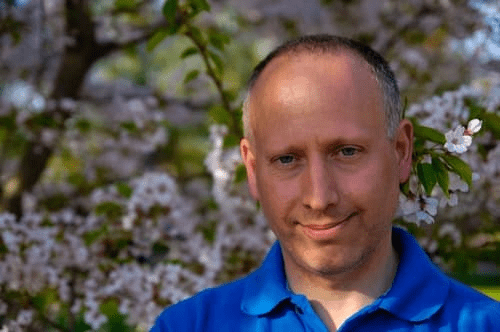 Steve Rosenberg is a British media personality serving as the Russia Editor for BBC News. He was appointed to the position in March 2022 in an expansion of the Moscow Correspondent role he already held. Previously, he was the BBC Berlin Correspondent, covering stories in Germany and across Europe.

He belongs to the British nationality.

In August 1991, he also graduated from the University of Leeds with a first-class degree in Russian Studies.

Born in Epping, Essex, Rosenberg grew up in Chingford, North London. He is Jewish. However, he is keeping his parents out of the limelight. In 1894 his great-grandfather Haim Gnessin left the Russian Empire on a passport Rosenberg still has.

A family anniversary: 125 years ago today, my Great Grandfather left the Russian empire & sailed to Britain. Here’s the Russian passport he used to exit the country. pic.twitter.com/k5MJqUf1HY

Rosenberg is married to a Russian, however, her name is unknown. They have two children, a daughter (22 years old) and a son (19 years old), living in the UK.

Rosenberg is the Russia Editor for BBC News.

He began his career in 1991 as an English teacher at the Moscow State Technological University STANKIN. Later on, he secured work with CBS News in the network’s Moscow bureau. He spent six years at CBS, working first as a translator, then assistant producer, and then producer. Between 1994 and 1996 he was part of the CBS crew covering the first war in Chechnya.

In 1997, Rosenberg became a producer in the BBC’s Moscow bureau. In 2000, he was appointed reporter for the BBC in Moscow. Three years later, he became a Moscow correspondent. During his tenure, he covered stories including; the Kursk submarine disaster (2000), the Nord Ost Theatre siege (2002), and the aftermath of the Beslan school attack (2004). In 2003 he interviewed Russian oligarch Roman Abramovich.

Between 2006 and 2010, Rosenberg was the BBC Berlin correspondent, covering stories in Germany and across Europe. In 2010 he returned to Russia for a second stint as a Moscow correspondent.

In March 2022, Rosenberg became a Russia Editor for BBC News. This was to further strengthen the BBC’s news coverage of the war in Ukraine. It is also an expansion of the Moscow Correspondent role he already held.

Apart from being a journalist, Steve also plays piano. He started taking private piano lessons when he was 7 years old.

“I read music but I play mostly by ear. I can usually pick up a melody by listening to it a few times. And I enjoy the challenge of performing well-known pieces in different styles. For example, the Postman Pat theme tune in the style of the Russian classics, the Teletubbies theme as a tango, the theme from Fawlty Towers as a bossa nova,” he said.

As a Eurovision Song Contest fan, Rosenberg covered the contest staged in Baku, Azerbaijan in 2012. He demonstrated his piano-playing skills when appearing on the Ken Bruce show the morning before the 2012 event. He played a short excerpt from every Eurovision-winning song. Later in the show, he took part in a “Eurovision Popmaster”, narrowly losing the competition to the author of The Eurovision Song Contest – The Official History, John Kennedy O’Connor.

Rosenberg played the piano to former Russian leader Mikhail Gorbachev after an interview.

In 2015, the government of Ukraine issued a decree banning several journalists, including Rosenberg, from entering the country over his coverage of the War in Donbas. The decree stated that those banned were a “threat to national interests” or engaged in promoting “terrorist activities”.

The BBC labeled the ban “a shameful attack on media freedom”. A day later, the Ukrainians retracted the ban.

Joshua Rosenberg is a professor who has two main areas of expertise: tax law and the psychology of lawyers and laws. He has also been a visiting professor at the law schools of New York University, UC Berkeley, and Stanford University.

He is not related to Steve in any way.

Steve Rosenberg Salary and Net Worth