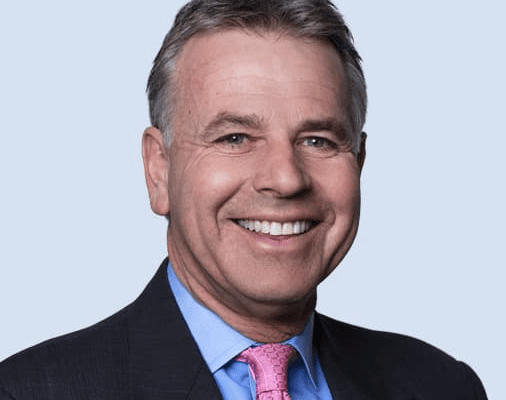 Steve Cooper is a media personality serving as a reporter for 7NEWS/WHDH-TV in Boston. He joined 7NEWS in August 1999. Previously, he was an anchor and general assignment reporter for WMUR-TV (ABC) in Manchester, N.H.

Cooper is around 60 years old as of 2023. He was born in Boston, Massachusetts, United States of America. However, his birthday is unknown.

Cooper graduated from the University of Massachusetts at Amherst in 1985 with a Bachelor of Arts degree in Communications Studies and Journalism.

Steve grew up in Boston Area. However, there is no information about his parents. He also has a sister named Andrea Marcou. Andrea is a Belmont resident. She is also the owner of Marcou Jewelers in Belmont.

Cooper is happily married and resides in the Boston area with his wife and twin sons, Benjamin and Jonathan.

Steve started his career at 7NEWS in August of 1999 as the business reporter and anchor for the 7NEWS on-air segment, The 7NEWS / Boston Business Journal Reports. Since then, he has been promoted to general assignment reporter and fill-in anchor, covering a wide variety of news stories including the DNC in Boston and countless snow storms across New England. Steve was the only New England reporter to broadcast live on board a duck boat during the Red Sox World Series victory parade.

Steve joined 7 NEWS from WMUR-TV (ABC) in Manchester, N.H. where he spent more than seven years as an anchor and general assignment reporter. Before WMUR-TV, he was a reporter and anchor as well as a news director for six years at NewsCenter 6 in Lowell, Mass. Before that, he worked in the news operations at both WBZ Radio in Boston and WNSH Radio in Salem, Mass. He began his television news career at WBZ-TV (CBS) in Boston as an assistant to the assignment editor.

He enjoys being involved in community activities, such as charity golf tournaments and ski races.