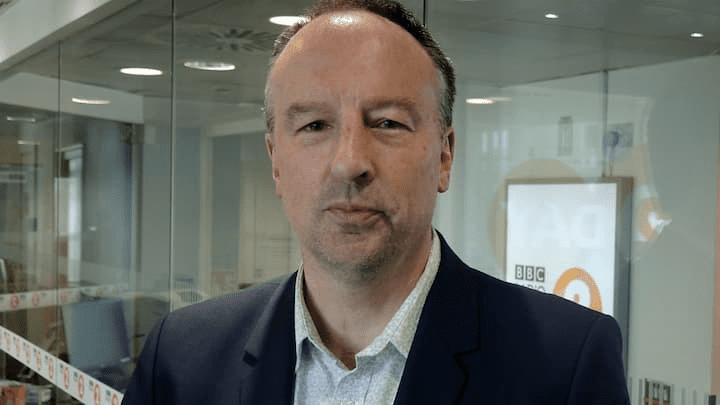 Stephen Smith is a media personality serving as senior correspondent for BBC’s Newsnight. He is also a presenter of BBC television and radio documentaries. Previously, he was a reporter at Channel 4 News.

Smith is British by nationality.

He graduated from the University of Reading.

Smith is from a family of engineers. His father was a civil engineer. In his twenties, he built a dam. His grandfather was also an engineer. He built and ran railways in Colombia.

“Shake the branches of my family tree and it’s like it’s raining engineers! My grandfather built and ran railways in Colombia, my dad’s stock skippered merchant shipping, he himself was a civil engineer,” Smith said.

He has managed to keep his personal life away from the limelight. It is therefore not known whether he is married, single or in a relationship. He hasn’t also revealed whether he has children or not.

Smith is a senior correspondent for Newsnight, the BBC’s flagship daily news and current affairs programme.

He has reported on a host of major news stories both at home and abroad, providing insight and analysis across politics, society, arts and culture. These have included on-the-day reports and longer-term films. He has also interviewed a vast range of famous and controversial personalities, from Nigel Farage to Fidel Castro, Sir Paul McCartney to Dolly Parton, Harold Pinter to Stormzy.

Smith is also a presenter of BBC television and radio documentaries. His credits include ‘How to Get Ahead at Court’ and ‘Art Nouveau’, both three-part series for BBC4 as well as documentaries about Russian novelists, Andy Warhol and sculpture.

Additionally, he has written extensively for a broad range of publications, including The Guardian, The Times, The Sunday Times, The Observer, Evening Standard, New Statesman, London Review of Books, Esquire and Radio Times. He is also the author of four acclaimed best-selling books on history and travel.

Smith regularly chair events, conferences and roundtable discussions with people from the worlds of business, the arts and culture. He is also a highly accomplished public speaker, appearing at renowned venues and festivals, including the Hay Festival and the Royal Geographical Society.

Before joining Newsnight in 2005, Smith was a correspondent at Channel 4 News where he reported across the UK, Europe, Africa, South America and the Far East.

Stephen Smith Salary and Net Worth