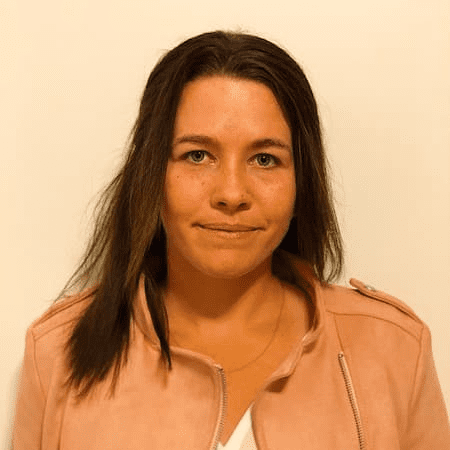 Talcott is American by nationality.

Shelby studied at Laurel Springs School from 2008 to 2011. She also graduated from the University of Iowa with a major in Journalism and a minor in Entrepreneurship in 2015.

Her parents are Kelly and Nancy Talcott. She also has four siblings, Carling, Dylan, Aidan, and Finbar. Her sister, Carling, is a dancer with the Royal Danish Ballet and a Psychology major.

Despite being a media personality, Shelby hasn’t opened up about her personal life. Therefore, it is not clear whether she is married or in a relationship. However, she has posted a couple of romantic photos on her social media with David Hookstead.

Prior to becoming a Senior White House Correspondent, Shelby was a Senior Media Reporter from November 2020.

Shelby has also served as a Blogger for Shelby Talcott Personal Blog. She has also worked as a Freelance Writer for Blank Slate Media, Professional Athlete at WTA, and Tennis Instructor at Cliff Drysdale Tennis and Robbie Wagner Tournament Training Center.

Talcott is a retired college and professional athlete. She began playing tennis at the age of 12 and grew to love the sport. After attending one year of public high school, she decided to study online for her remaining three years, which gave her the opportunity to receive a full athletic scholarship for the four years at Iowa.

While at Iowa, she played at the top of the lineup all four years, and after two years of playing professionally, she reached a career-high professional singles ranking of 574. With one professional doubles title to date (January 2017), Talcott’s career-high doubles ranking is 499 in the world.

Talcott has also traveled to over 25 countries for competitions.

Shelby Talcott Salary and Net Worth