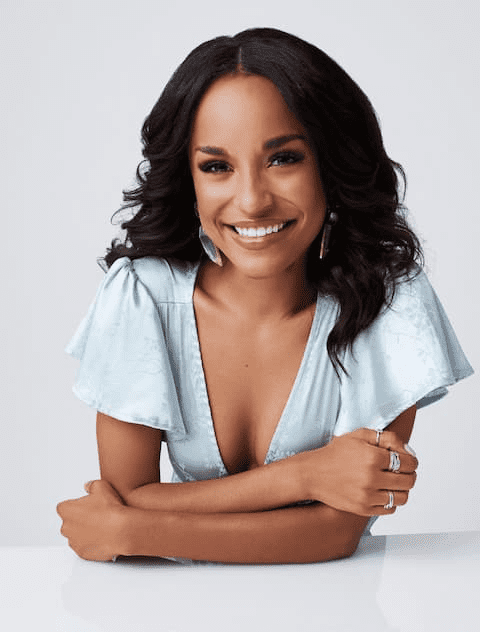 Serene Russell is a contestant on the 26th season of The Bachelor. She is also an elementary school teacher from Oklahoma City, Oklahoma. Additionally, she is a professional model at The Tabb Agency.

Russell is American by nationality. She also belongs to mixed ethnicity.

She graduated from the University of Central Oklahoma with a Bachelor’s degree in Professional Media (journalism) and a minor in photography in 2020. She was also a member of Sigma Kappa. At one point while at the University, she became a news anchor.

Originally from Oklahoma City, Oklahoma, Serene’s father is Bobby Russell. However, there is no information about her mother. She also has a brother, Tre Russell. Tre went to Putnam City West High School.

Serene isn’t married. She is single and that’s why she joined The Bachelor season 26 in order to win Clayton Echard, the lead bachelor’s heart.

According to her bio page on ABC, when it comes to relationships, Serene wants to find a man who is truly worthy of her commitment and ready to give her that same level of commitment back. Her dream man is honest, clear on what he wants, and an excellent communicator. He’s open to trying new things, willing to be vulnerable, and ready to have a big family.

On January 3, 2022, The Bachelor Season 26 debuted at 8 p.m. ET/PT on ABC. Serene is one of the contestants. She is contesting to win Clayton Echard’s heart, love, and final rose.

Will Serene be crowned the queen? Let’s find out.

Reality Steve went ahead and confirmed that Serene was in Clayton’s final four a few months ago, tweeting that she’d made it to hometown dates along with Rachel Recchia, Gabby Windey, and Susie Evans. Nevertheless, she was eliminated and didn’t make it to the final three.

(BACHELOR SPOILER): Here are your final 4 for Clayton’s season. Susie’s hometown filmed yesterday. Not confirmed on the remaining order, but guess is Rachel tomorrow in Orlando (she doesn’t live Chicago anymore), Serene on Saturday in Oklahoma City, & Gabby on Monday in Denver. pic.twitter.com/JaMTqE7vBg

Russell is an elementary school teacher from Oklahoma City, Oklahoma since June 2020. She is also a professional model at The Tabb Agency and Wilhelmina Denver. She’s been in the industry since December 2012.

When she’s not making a difference in her students’ lives, she loves to spend time relaxing with close friends or planning her next big adventure.