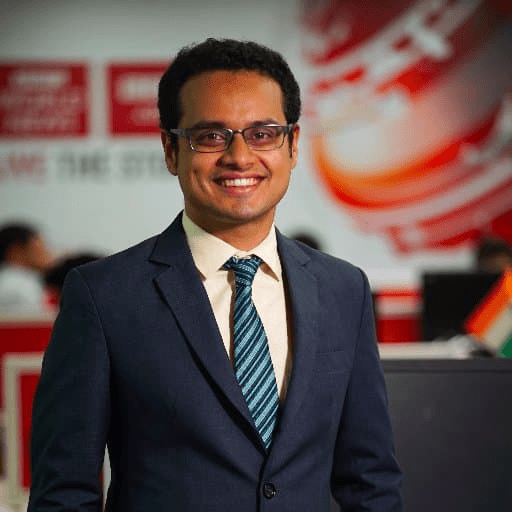 He hasn’t revealed when and where he was. Therefore his age is unknown.

Sameer graduated with a degree in Business Management from New Horizon College, Bangalore University in 2006. He also received an MS in Communications from Manipal Institute of Communication, Karnataka in 2008.

There is no information about his parents and siblings. It is therefore not known whether he has siblings or not.

He is married to Tazeen however very little is known about them. He hasn’t also revealed whether he has children or not.

Hashmi is a business correspondent for BBC covering the Middle East. He began his journalism career in 2008 when he joined The Economic Times newspaper.

In 2009, he was part of the pilot team that moved from The Economic Times to launch the group’s business television news channel ET NOW. As part of ET NOW’s reporting team, he covered some of the biggest financial stories, including the impact of the 2008 global financial crisis on India and the crisis in India’s aviation sector.

In 2012, Hashmi joined the BBC as their business correspondent in India’s financial capital Mumbai. He also reported across all business news outlets of the BBC from India.

Hashmi has covered some of the big financial stories including, comprehensive coverage on the slowdown of the Indian economy, the multi-billion dollar coal corruption scam and the Kingfisher airlines crisis.

In April 2013, Hashmi did an in-depth report on the impact of the Saradha Ponzi scheme in Eastern India which saw millions of investors losing their life savings, leading some to commit suicide. Most of the investors were poor people who had invested their entire life savings in the scheme. He has also interviewed some of the biggest names in the world of business, such as Richard Branson, Ratan Tata, Tony Fernandes and Vijay Mallya.

Other big stories covered by Hashmi include the 2011 Mumbai bombings and the gang rape incident in August 2013. He was also the first journalist to interview a British couple who were kidnapped in the south Indian city of Chennai.

Sameer Hashmi Salary and Net Worth