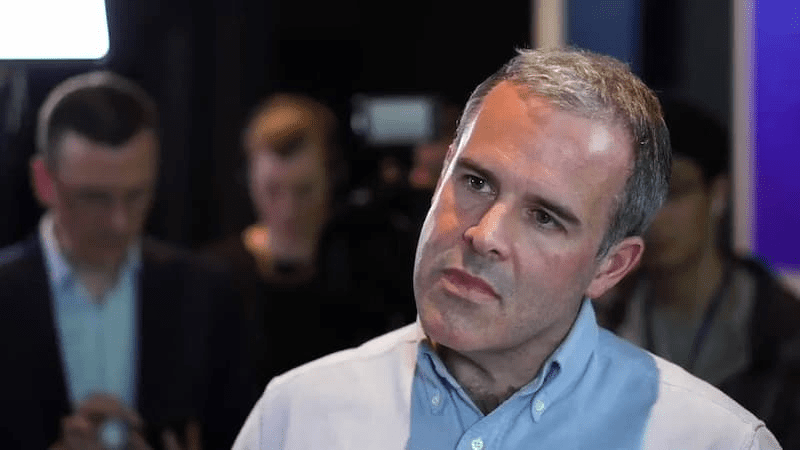 Robin Brant is a media personality serving as BBC China correspondent. Previously, he was a political correspondent for BBC based in Westminster.

He hasn’t shared when and where he was born. Therefore his age is unknown.

Brant is a British national.

Brant attended Latymer school. He also graduated from City, University of London with a Postgraduate Diploma in Broadcast Journalism in 1996.

He is from London. He has also lived in Preston, Bristol, Swindon and Washington, DC. However, he hasn’t shared any information about his parents and siblings. It is therefore not known whether he has siblings or not.

Despite being a public figure and a media personality, Robin hasn’t revealed whether he is married, single or in a relationship. He hasn’t also mentioned whether he has children or not.

Brant is BBC China correspondent since February 2016. In his LinkedIn profile he wrote, “My current job in China has been particularly challenging. The ‘space’ in which we operate has become smaller, more restrictive and increasingly hostile. But it has been hugely rewarding.”

“My work has focused on news-making interviews and impactful reporting, including exclusive access to China’s world-first Covid-19 vaccine rollout, the siege of a Hong Kong university, a tortuous custody battle over the children of a murdered British man. I’m just as comfortable deploying with very little notice, leading small teams, or working on a daily basis as part of a bigger group effort. I’ve reported from mainland China, Hong Kong, Japan, South Korea, Liberia, Nigeria, Israel, the US and various European countries, including international summit meetings, party conferences, prime ministerial and presidential visits.”

He began his journalism career in August 2001 as a reporter for BBC Radio 1. Later on he was appointed political reporter in March 2003 based in London

Brant lost a substantial amount of weight in the recent past. However he hasn’t come public to talk about it.

In July 2021,Robin was a target of an incident which occurred in Zhengzhou. This was after a crowd of people allegedly “jostled” Mathias Boelinger, a German TV reporter on assignment for Deutsche Welle, and Alice Su, a reporter for the Los Angeles Times, near a flooded underground market. They had mistaken Boelinger for Brant.

The crowd “grabbed Boelinger’s camera and clothes and briefly prevented both outlets from leaving the site.

Describing the incident on Twitter, Boelinger said he was pushed and yelled at for “smearing China”, and that it became apparent the crowd believed he was Brant.

“What I did not know at the time was that a manhunt was on after [Brant],” Boelinger wrote. “There is a vicious campaign against the BBC News in nationalistic circles and state media.”

Various reports from inside China and Hong Kong suggested Brant was targeted due to a controversial report that aired earlier, in which he questioned government policies after almost a year’s worth of rain dropped around Zhengzhou in three days, overwhelming streets and subway tunnels leading to a number of people dying on a train carriage.

“We don’t know why they were left so vulnerable,” Brant said in the report, adding that Beijing had warned other local governments to examine their own weather preparedness and metro regulations.

Chinese media organizations, which are heavily policed by the authorities, were ordered to only report “authoritative information” about casualties and property damage to do with the flooding, according to the China Digital Times.

They were also reportedly instructed not to “take an exaggeratedly sorrowful tone or hype or draw connections to past events” without permission, the website said.

Robin Brant Salary and Net Worth