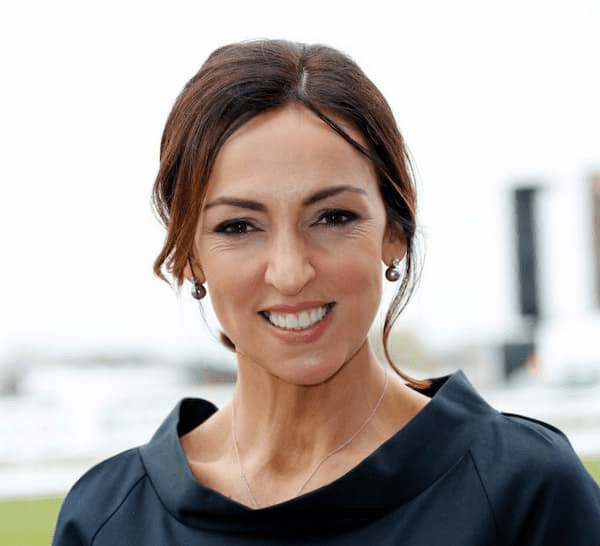 Sally Nugent is a media personality serving as BBC’s Sports and Breakfast presenter. She joined the network as a broadcast journalist at BBC Radio Merseyside.

Nugent attended Upton Hall School FCJ. She also earned a Bachelor of Arts degree in Communication and French from the University of Huddersfield.

Though the names of her parents are not known, her father and brothers played rugby while her mother was a tennis coach.

She is happily married although her husband’s identity is unknown. The couple have a son born in 2008. He is also a sports enthusiast just like his mother.

Nugent is a BBC Breakfast and Sports presenter. She has been working for the network for 15 years, starting as a broadcast journalist at her local radio station – BBC Radio Merseyside where she covered many big stories including the Grand National that never was in 1997.

Sally moved to the regional television newsroom and when their sports presenter took a short break, they asked her to step in for six weeks. She remained there for two years. During that time she travelled around Europe as Liverpool went on their fairytale UEFA Cup campaign in 2001, which ended in success. Liverpool beat Alaves 5-4 in the final after extra time and a golden own goal!

Sally also covered the 2002 Commonwealth Games in Manchester broadcasting live every night. She saw the effect a big sporting event can have on a region and its people. She moved to national news, covering many big sporting events including two FIFA World Cups in Germany and South Africa. After the South Africa World Cup she decided to look for somewhere in the world where football was making a real difference to people’s lives. That place was Iraq. The Iraqi national football team continues to play despite wars, bombings and huge religious divides between them.

She was privileged enough to spend some time with them, travelling round northern Iraq as they prepared for a big tournament. All the players become terrorist targets simply by being on the team – yet they all took risks simply to play in their national shirt.

Natalie is a media personality. She has worked for broadcast networks such as ITV and BBC. However she is not related to Sally in any way.

In September 2017, Sally took a sick leave and was off air for sometime due to labrynthitis. She took to Twitter to thank her fans ‘for all the lovely messages’ and reassured the audience that she ‘will be back as soon as the room stops spinning.’

Labyrinthitis is an inner ear infection that causes a delicate structure deep inside the ear called the labyrinth to become inflamed. The inflammation of the labyrinthitis affects hearing and balance. The symptoms of labyrinthitis are vertigo, feeling or being sick and some hearing loss.

Thanks for all the lovely messages. I’m off work for a bit with labrynthitis. Will be back just as soon as the room stops spinning ?

Her net worth ranges between $1 to $5 million.