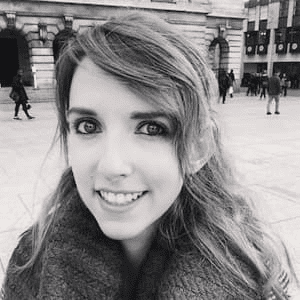 Rosanna Pound-Woods is a British media personality serving as a Senior Broadcast Journalist at BBC News Channel and BBC World News. She also regularly produces the BBC Three news bulletin. Previously, she worked as a TV news producer for the News Channel and News at One.

From 2008 – 2010, Pound-Woods studied at Wyggeston & Queen Elizabeth I College. She then joined the University of Leeds in 2011 and graduated in 2014 with a Bachelor of Arts degree in Broadcast Journalism.

Pound-Woods is a Leicester girl. However, there is no information about her parents and siblings.

Despite being a media personality Rosanna has managed to keep her personal life away from the limelight. Therefore, she hasn’t revealed whether she is married, single, or in a relationship.

Additionally, Rosanna regularly produces the BBC Three news bulletin. This is a 2-4 minute short bulletin that airs on weekday evenings, aimed at 16-24 year-olds. She spent 3 months as a development producer, designing and delivering this bulletin for BBC Three.

The role included developing the format and editorial agenda, piloting, working with, and developing young talent for presenting, training other producers, and juggling the differing needs of 2 key stakeholders – BBC News and BBC Three.

Prior to that, Rosanna worked as a TV news producer for the News Channel and News at One, producing rolling news coverage (including graphics and on-screen text) and packages. As part of her role on the News Channel, she planned and executed several OBs.

Before that, she was a Broadcast Journalist at Radio 5 Live producing, reporting, and news reading for the Drive programme and news summaries across the network. The role also involved location producing for OBs on breaking news stories, as well as politics and sports. Alongside radio production, she produced digital video content to complement radio offerings.

Rosanna joined BBC News in September 2015 as a Trainee Journalist. From October 2016 – April 2017, she was a Broadcast Journalist for Radio Nottingham working in various roles across the rota on the station’s flagship Breakfast programme, drive time programme, weekend news content, and the Sunday morning faith programme.