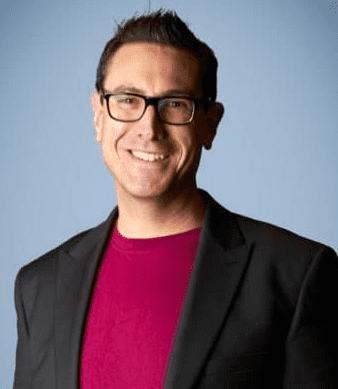 Nick Buckley is a British media personality serving as a Lead News Director at BBC News. He joined BBC News as the Senior Studio Manager/Director in January 2010.

Buckley was born and raised in England. However, there is no information about his parents and siblings.

Nick is married to BBC World News star Karin Giannone. The couple tied the knot on August 4, 2022, while traveling in California.

Karin and Nick had been dating since 2019. She announced the news on Twitter to the delight of their colleagues and friends.

Their co-stars immediately flocked to the comments section to praise the pair, with BBC Breakfast star Ben Boulos writing: “Oh wow! Congratulations to you both! (Tempted to add this as the end-of-bulletin uplifting story next hour)!”

While Sally Bundock added: “Fantastic news – so so thrilled for both of you!”

Previously, the couple got engaged in March 2022. Karin is the main presenter on BBC World News. She was born in South Africa and relocated to the UK when she was just two years old. Prior to her marriage to Nick, Karin was previously married to Neil Rowbottom from 2002 – 2016. She was also blessed with three kids; Louis, Beatrice, and Florence from her marriage to Neil.

Prior to BBC News, he was a Talent and Schedules Manager at BBC Radio 5 Live.

He has an estimated net worth ranging from $ 1 million – $5 million.